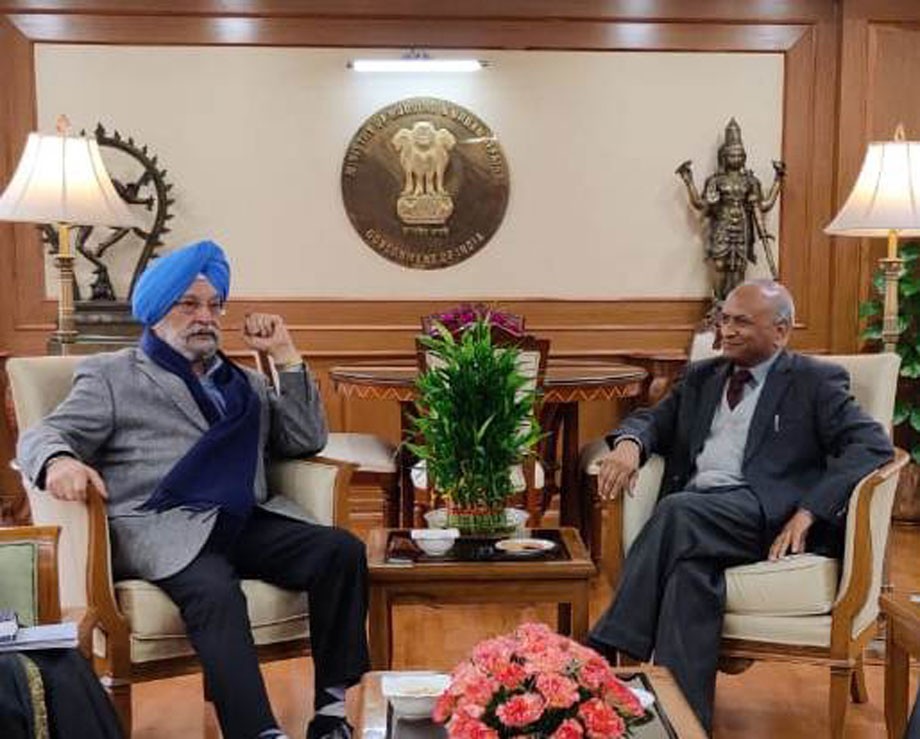 He apprised the Civil Aviation Minister about the air connectivity issues faced by the people of Ladakh. Also, he discussed the possible steps that could be taken to augment connectivity.

Expressing concern about the high airfares, it was decided that guidelines may be sought from DGCA in this matter. The possibility of placing helicopters through Pawan Hans in Leh/Kargil was also discussed. The MoS conveyed that the process would be expedited.

RK Mathur further took up the matter concerning the extension of the airstrip at the Kargil airport. The MoS assured that a technical decision on the feasibility of the same would be sought at the earliest.