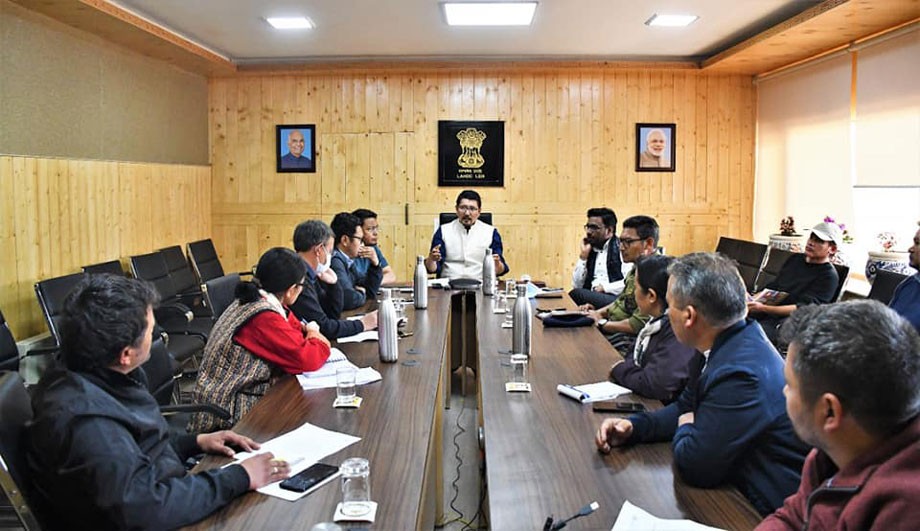 Chairman/CEC, LAHDC Leh, Adv. Tashi Gyalson convening a meeting with the district officers and stakeholders of the tourism industry.
Leh :

Chairman/CEC, LAHDC Leh, Adv. Tashi Gyalson convened a meeting with the district officers and stakeholders of the tourism industry on May 13 and reviewed issues related to the tourism sector in Leh

Several issues were raised which include the need for upgrading health facilities to deal with medical emergencies, especially at peak tourist destinations located at higher altitudes in the district.

It was decided during the meeting that tourists arriving in Leh have to undergo mandatory 48 hours of acclimatization before initiating their journey in higher altitude areas of Leh. It was also discussed during that meeting that all the stakeholders need to take compliance with various SOPs to be formulated by the District Administration, Leh.

CEC Gyalson also instructed all the officers and the concerned stakeholders to initiate joint awareness camps and IEC campaigns to educate locals engaged in the industry on dealing with casualties during trips.