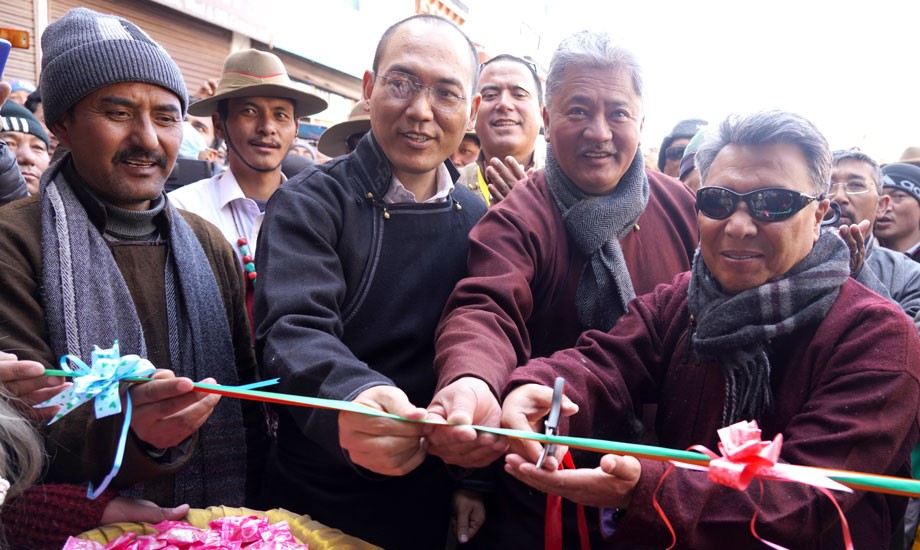 First Ladakh Winter Conclave with an aim to promote winter tourism in Ladakh organised by the Administration of Union Territory of Ladakh in collaboration with its partners kick start on February 21.

Cultural performances from different regions of Ladakh were showcased during the inaugural function at Leh main market.

During the interactive session organised at Hotel Grand Dragon, Rigzin Samphel spoke about the importance of promoting winter tourism in Ladakh. He highlighted efforts of the UT Administration to explore the un-named tourist destinations of the region, keeping in mind the importance of its fragile ecology, environment, tangible and intangible factors of the region.

Padma Shree awardee Tsewang Motup congratulated the organisers for coming up with such an important event for stakeholders involved in the tourism industry for the first time in Ladakh. He also pondered upon the hidden potentials of the Ladakh region.

He also spoke about the vital need for promoting sustainable tourism.

Gyapo Jigmet Namgyal stressed on preservation, conservation, and survival of the fragile eco-system of Ladakh. He further added that the Ladakhi culture, arts, scripts, and other traditional values shall be preserved for posterity.