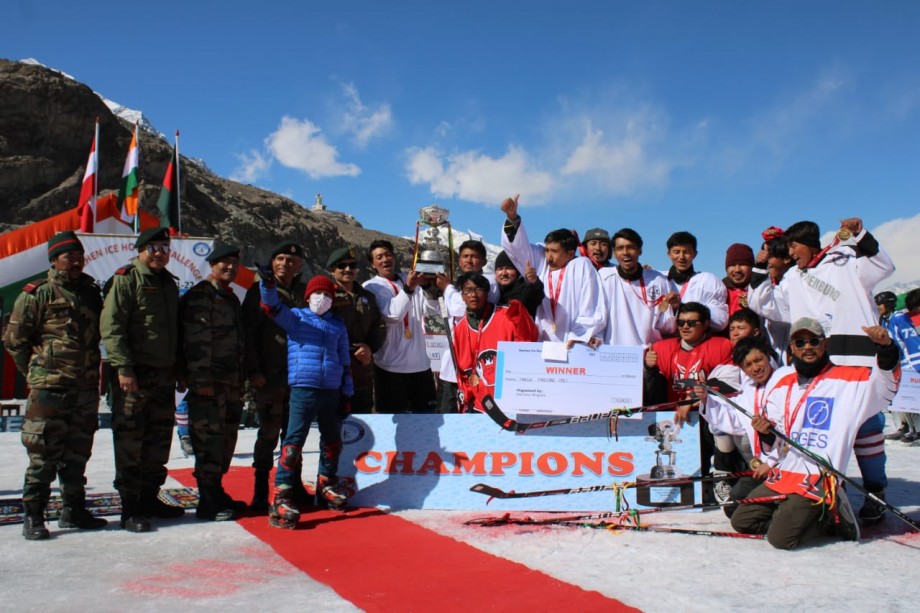 Siachen Ice hockey challenge under Operation Sadhbhavna was organised by 3 Ladakh Scouts under the aegis of Siachen Brigade, Partapur from February 14 to 17 in Diskit.

The championship was organised to encourage the competitive spirit among youths of Ladakh and to promote a healthy relationship between the Indian Army and locals.

During the championship, medical and CSD facilities were made available to the local population. Team of Officers and JCO’s motivated youths to join the Indian Army.