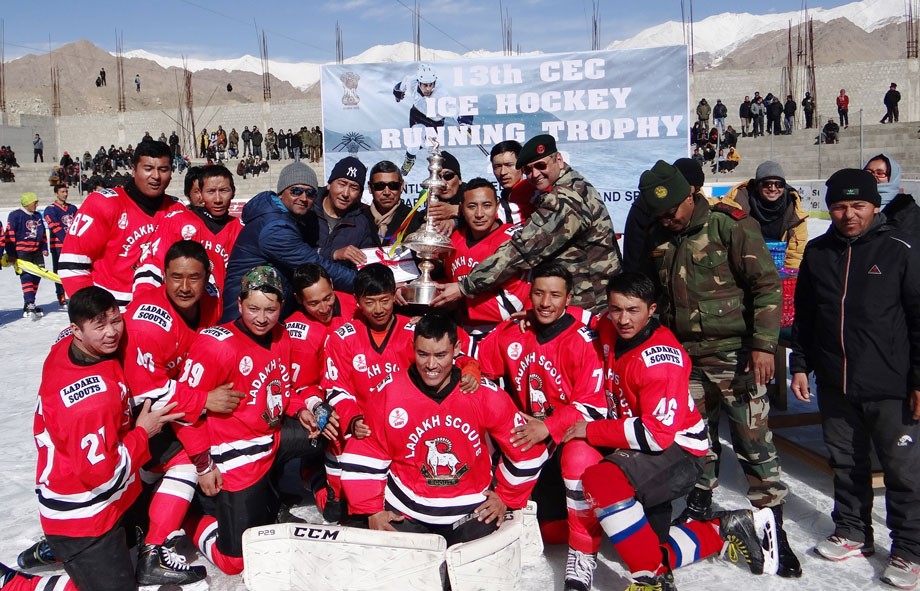 The championship was organised by Department of Youth Services and Sports in collaboration with Ladakh Winter Sports Club (LWSC).

A total of 12 men teams and 7 women team participated in the 13th CEC Ice-Hockey Championship Cup 2020.

Phunchok Stanzin said that over the years Ice hockey sport has evolved tremendously in terms of technique and popularity in Leh and both men and women players of Ladakh are getting opportunities at international levels bringing laurels to Ladakh.

Talking about the completion of NDS Ice Hockey Rink at par with international standard, he said that ₹12.62 crores stand sanctioned for the stadium and tenders for remaining works have already been floated under the languishing project. He hoped that from next year the ice hockey players Leh can play this popular game round the year.

He also lauded the tireless efforts of LWSC and Department of Youth Services and Sports in organising tournaments and training camps since decades in this harsh winter months.