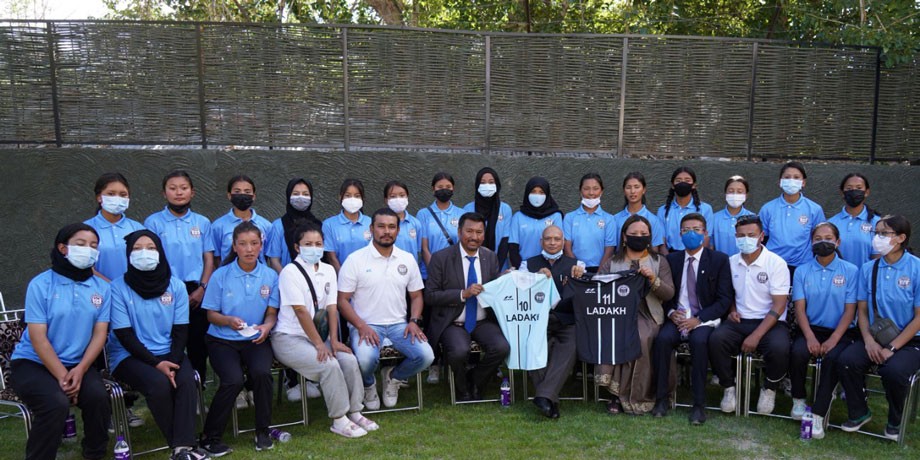 Under-17 women’s football team from Ladakh to play Hero Junior (Under-17) Women’s National Football Championship at Guwahati from June 15.

General Secretary, LFA Tsering Angmo briefed about the open selection trials held in Leh and Kargil in which around 100 players turned up for selection. She informed that 30 players selected out of 100 were provided technical, tactical, and physical-ability training at the Football Stadium at Spituk in Leh and the final 20 players were selected for the championship.
Coach Harpreet Bedi shared that training at a high-altitude area such as Leh would give an advantage to players from Ladakh in the tournament. He expected the players from Ladakh to do well in the tournament.

LG Mathur expressed pleasure over the participation of the women’s U-17 team from Ladakh in the championship for the first time. He stated that the football players from Ladakh would get more opportunities after the affiliation with the All India Football Federation (AIFF).
He advised the players to believe in their technique and keep their morale high.

The jersey of the Ladakh women’s team was also released.