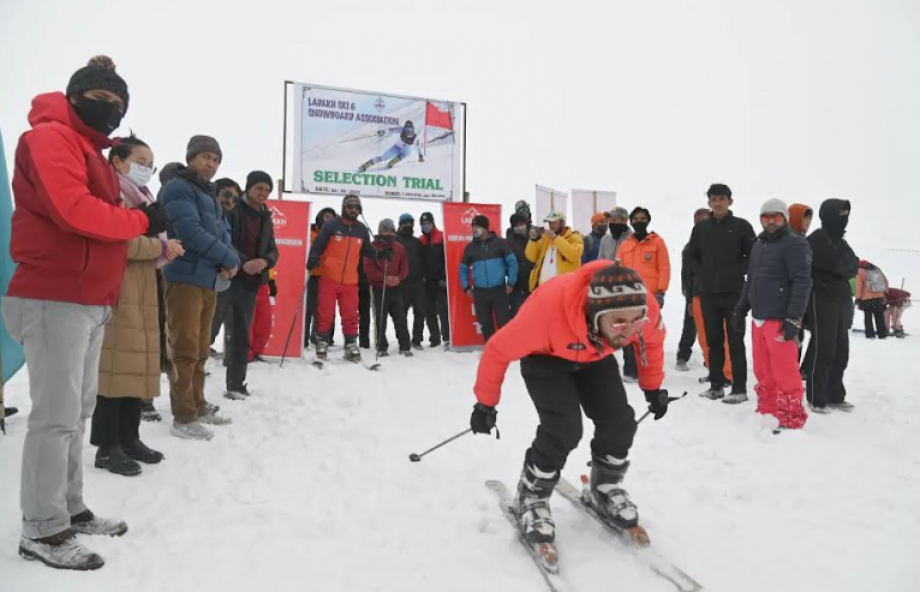 The event was organized by Ladakh Snow Ski and Snow Board Organization at Linkipal Snow slope. The trials for the State team participating in the National Snow Skiing Tournament were held under the Senior-Junior Boys and Girls category, in which more than 100 players across Kargil participated.

Phunsok Tashi congratulated selected players for getting an opportunity to represent Ladakh at nationals and added that those athletes who weren’t able to clear trials shouldn’t lose hope and continue practicing to enhance their skill. He said that snow sports have a huge potential in Kargil and the athletes have brought laurels to the UT at national and international levels. He expressed hope that the performances will enhance more in upcoming times.

He informed that LAHDC Kargil is committed to promoting youth-related activities and in this regard under the subsidy component, a provision has been kept for financial assistance for athletes competing at the international level. Further, for the establishment of Snow Ski Lifts at Zanskar, Kargil, and Drass, a proposal has already been sanctioned.

District Youth Services and Sports Officer (DYSSO) Kargil, Muhammed Hussain Rehnuma congratulated the organizers for undertaking the trails and organizing ski-related training for athletes. He said it is a great beginning related to Snow Sports and still a lot needs to be done. Later, a snow show race was conducted in which the first three winners were felicitated.