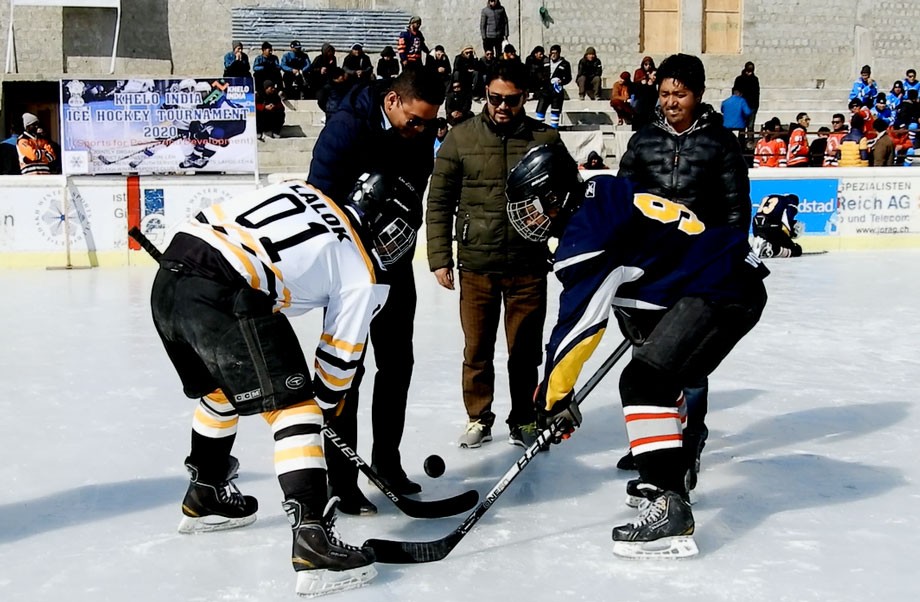 Talking about the scope and potential of Ice hockey game in Ladakh, Sachin Kumar Vaishya informed about the planning to complete NDS Ice hockey stadium infrastructure, making it fully equipped and development of ice hockey rink at every block of the region.

He congratulated and wished all the participating teams to make the event successful.

Tsering Tashi, Department of Youth Services and Sports, Officer said that under the Govt. of India scheme ‘Khelo India’, different activities are carried out in different blocks of the region and for the first time Ice hockey tournament has been organised.

He further informed that under this scheme coaching camps and tournaments of ice hockey were carried out in different blocks with the help of Ladakh Winter Sports Club and Ladakh Women Ice Hockey Foundation.

A total of 13 teams will be playing in the Ice hockey tournament.