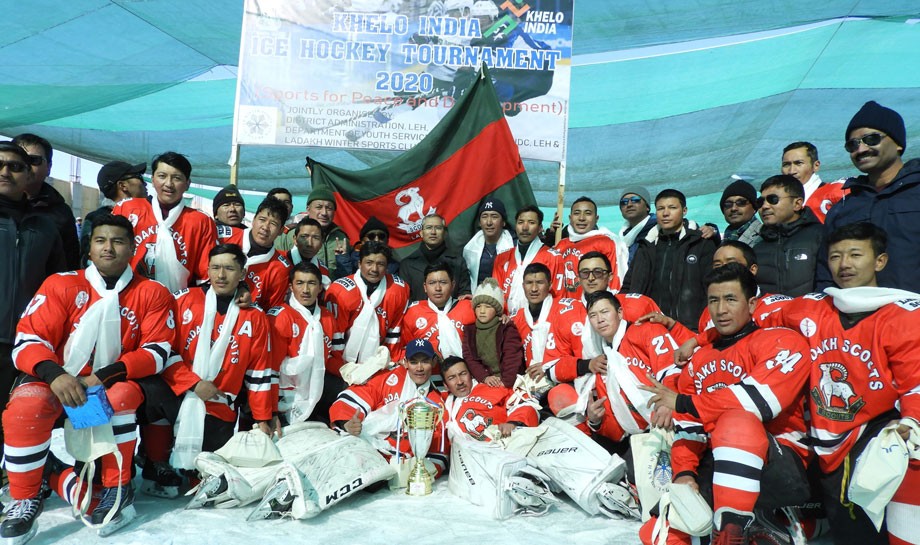 The tournament was jointly organised by District administration, Leh, Ladakh Winter Sports Club, Leh and Department of Youth Services and Sports. A total of 11 team participated in the tournament starting from January 30.

Chief Guest of the occasion, Sachin Kumar Vaishya, DC, Leh applauded all the players for making the tournament successful. He said that under Khelo India scheme ample of scopes and opportunities are opened up for young talented players to play and perform. Also, under this scheme needed infrastructure can be develop at all levels.

Talking about the Khelo India scheme, Tsering Tashi, Department of Youth Services and Sports, Officer said that like rest other parts of India various activities have been carried out in the region at all levels under this scheme. With this many players getting the opportunity to participate and showcase their talent and skill.

Initiated by the Ministry of Youth Affairs and Sports, Khelo India programme has been introduced to revive the sports culture in India at the grassroot level and to develop India as a great sporting nation.