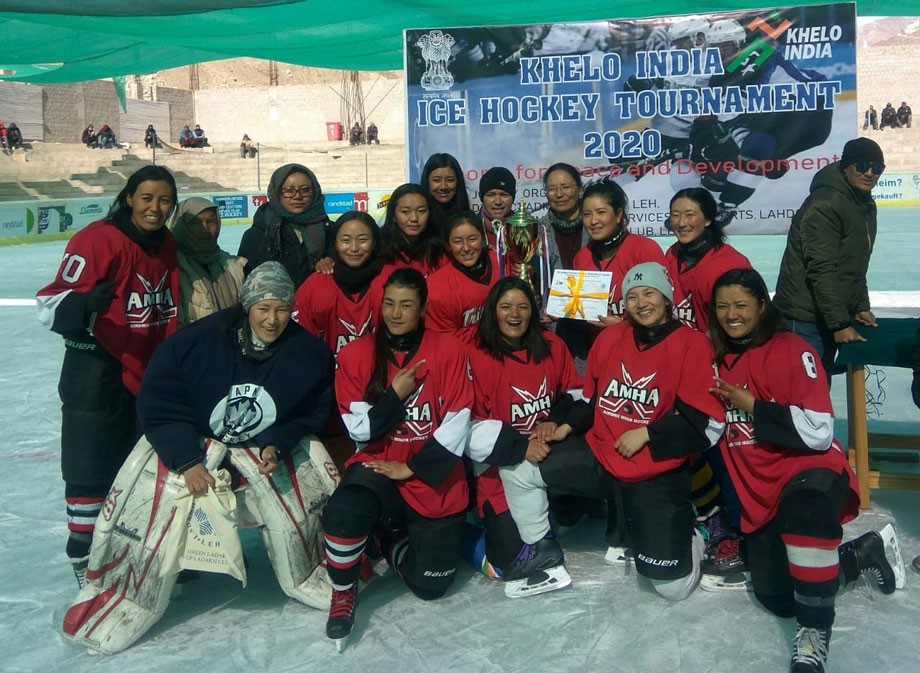 Rinchen Lamo, Nominated Councillor for women, chief guest congratulated the winner and all the participants of the tournament for showcasing such a wonderful match.

She appreciated the effort of the women team for conducting coaching and training in ice skating to children and encouraging many of the younger generations to excel in different fields. She said that Ice hockey women team of Ladakh represents India at the international level which is a matter of pride to all Ladakhi’s.

Talking about the difficulties and challenges faced by the ice hockey players in terms of infrastructure, equipment and financial constraint she stressed on the importance of the recognition of the sport.

A total of 3 teams participated in the Ice hockey tournament.