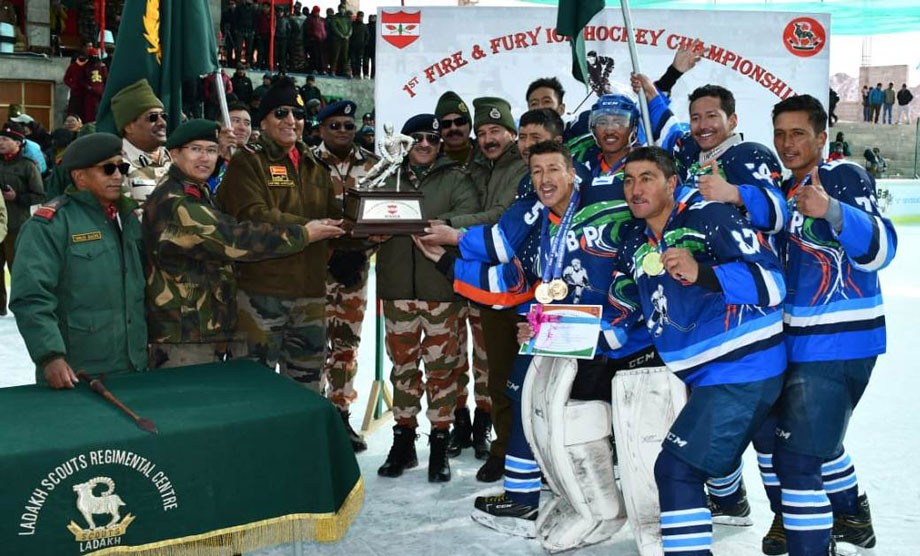 Fighting at 4-4, the team scored an extra goal in a penalty shoot-out.

The week-long “Fire & Fury Corps Ice Hockey Championship 2019-20” was organised for the first time by the Ladakh Scouts Regimental Centre (LSRC) under the Sadbhavana initiative. The aim was to further enhance the skill and cohesiveness among the participants, especially the people of Ladakh region in Ice hockey and giving them a platform at national and international championships.

A total of 13 men and 4 women teams participated in the championship.