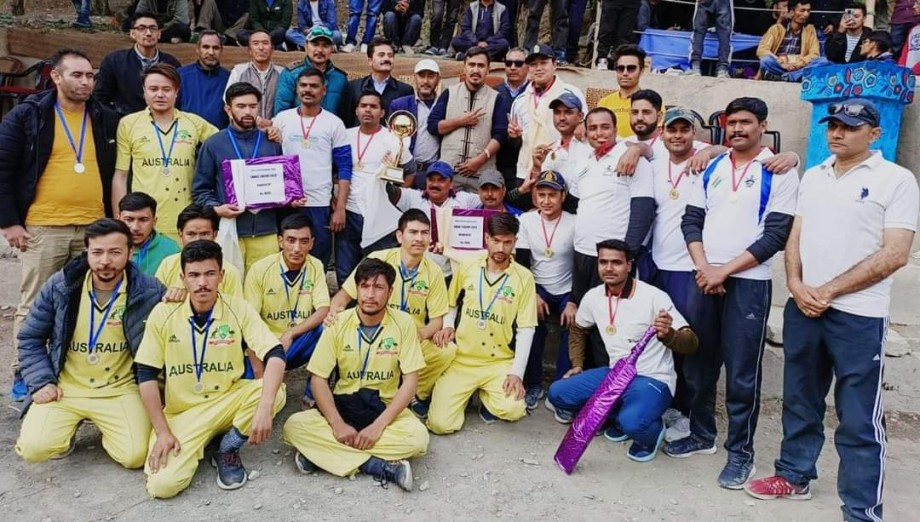 A total of 18 teams from various areas of Tehsil Shargole participated. The final match of the tournament was played between 55-RCC Greef and Dream 11 Drakith, in which 55 RCC won by 7 wickets.

Chief Guest of the occasion, Councillor LAHDC/ Shargole Mohd Ali Chandan appreciated SMART Association Shargole for organizing such a big tournament and other works towards the society and assured to look into all the demands put by the association.

He announced ₹10 thousand to SMART Association and ₹5 thousand each to the winner and Runner team.

Medals and trophies were also presented to outstanding players, officials, and members.