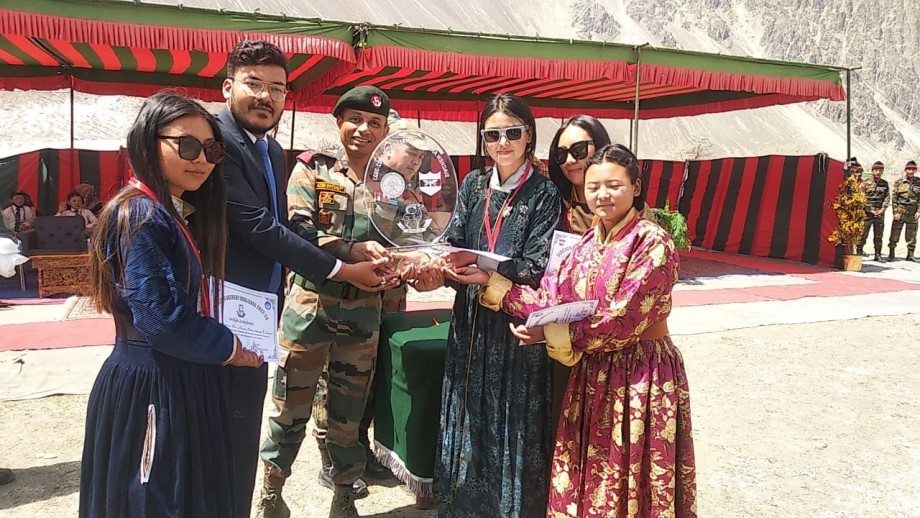 Regional archery competition under Operation Sadbhavana was organised by 3 Ladakh Scouts under the aegis of Siachen Brigade, Partapur from May 1 to 3.

A total of 12 local teams and 72 players participated in the event. The tournament was played on a knock out basis wherein a total of 20 rounds were played.

The tournament aims to encourage the competitive spirit among the youths of Ladakh and to promote healthy relationships between the Indian Army and the local population.

Brig PD Thakur VSM, Commander Siachen Brigade officers and civil dignitaries were present. The event turned out to be a great success that witnessed the presence of more than 800-900 locals from 10 villages in far-flung areas of Diskit and Sumoor region.

Prominent people of the region including Head Lamas of the monastery, sarpanches, teachers, ESM, SDM and other dignitaries were present.

During the championship, the local population were extended medical facilities, CSD facilities and a dedicated team of officers and JCOs to motivate youth to join the Indian Army.

The winner and runner up team were felicitated with a trophy and cash prize from Brig PD Thakur.