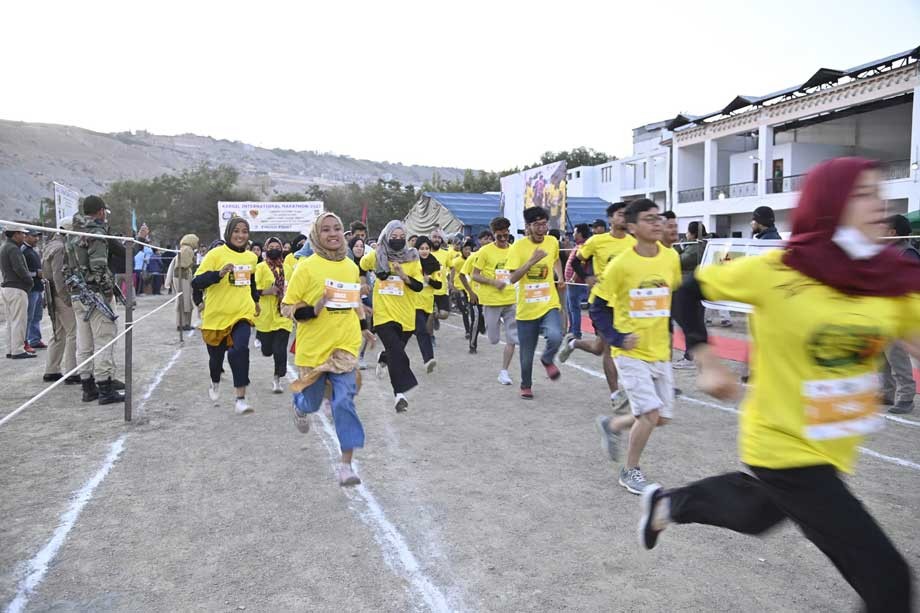 The marathon was organised by LAHDC Kargil in association with Ladakh Police, Sarhad-Pune, and District Administration Kargil. 1700 participants from Ladakh and across the country took part in the marathon.

The marathon was held in four different categories including 42 kilometers Full Marathon, 21 kilometers Half Marathon, 10 kilometers, and 5 kilometers.

The 42 KM race commenced with a special message by the Chief of the Army Staff.

In the 21 km race, men category, the position holders under the age group of below 40 years are Vilayat Ali, Khadim Hussain, and Manzoor Hussain. While the female position holders in the same are Tashi Ladol, Stanzin Chondol, and Stanzin Dolker.

Above 40 years of age group covering 42 km of race in the male category, the position holders are Asish Putambekar and Syed Shamsuddin. However, there were no female participants for the 42 km race in the above 40 age group.