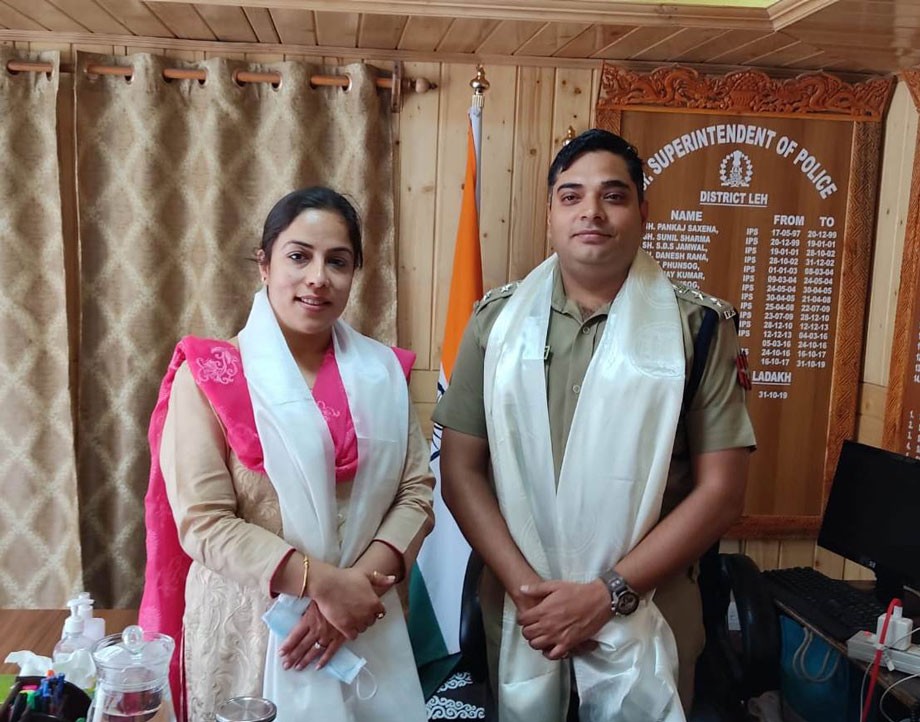 An introductory meeting was also held by Rajiv Pandey in presence of Sargun Shukla at Conference Hall, DPO. All the Gazetted Officers, SHOs, Incharge Police Posts, and Section Incharges of the District Police were present.

Gyal P Wangyal, CEC, Hill Council, Leh thanked Sargun Shukla for her cooperation and support to LAHDC, Leh, and citizens of Leh during her tenure. He wished her al the best for her new posting and career.

Also, Hill Council, Leh welcomed the new SSP, Rajiv Pandey IPS (JK-2010). They hoped that the new SSP will give his best in maintaining law and order in Leh district in close coordination with LAHDC, Leh, and civil society.