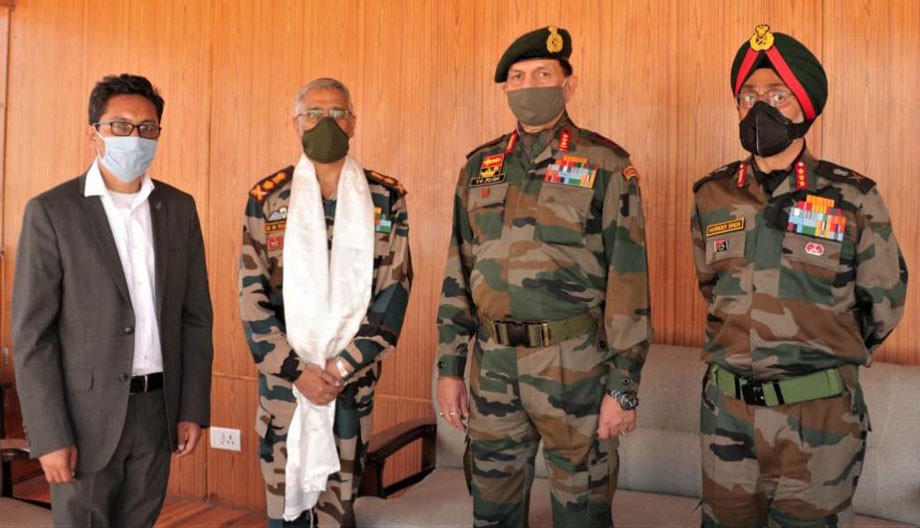 In the wake of the current situation at the LAC border, Member of Parliament, Jamyang Tsering Namgyal met Chief of the Army Staff General Manoj Mukund Naravane in Leh on June 23.

Reaffirming the bravery of the Indian Army, Jamyang Tsering Namgyal expressed his gratitude on behalf of the people of Ladakh on the Indian Army’s befitting response to the Chinese army in the Galwan valley stand-off. He said that “we shall never forget the supreme sacrifice made by our brave soldiers”.

He asserted that while people of Ladakh are of peace-loving nature but any threat to the sovereignty and territorial integrity will be fought back with equal force. He also added that the people of Ladakh will always stand with the Indian Army.

Discussion on various issues such as civil-military relations, need for the establishment of a dedicated Corp for eastern Ladakh, raising of battalions in Ladakh Scout, development of border infrastructure, free movement of local civilians/nomads within our territory and carrying out of developmental works were carried out.