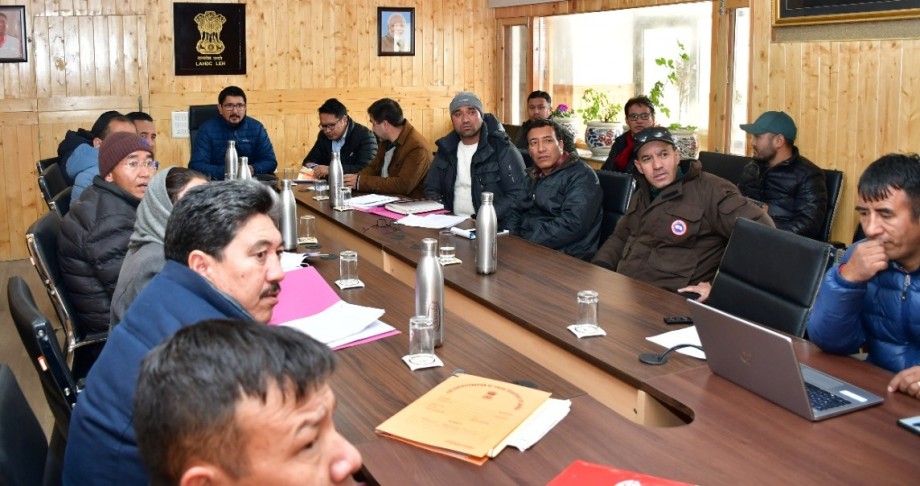 Chairman/CEC, Adv Tashi Gyalson convened a meeting on November 19 and discussed plans for the regulation of Minor Mines and Minerals in the Leh district.

CEC Gyalson instructed the concerned officers to ensure that the blocks/plots must be vetted by the Hill Council before the auctioning. He also directed that clearances should be taken from the public representatives including area councilors, Sarpanches and Nambardars through the concerned SDMs before the preparation of Minor Mines and Mineral Blocks in any region.

He also suggested that Crasher machine plants should also bring under the ambit of the Minor Mineral Blocks.