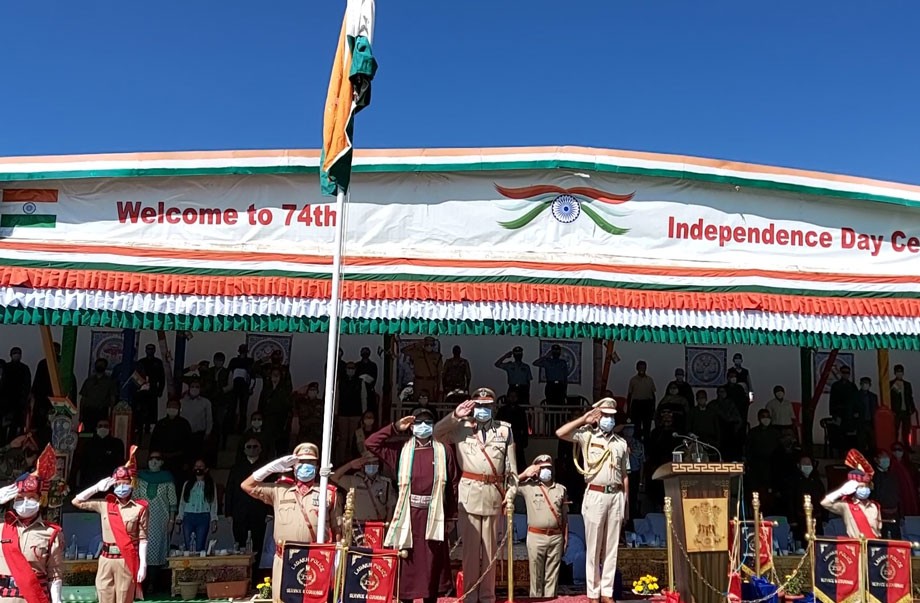 Addressing the gathering, R K Mathur extended his warm greetings to all the people of Ladakh and congratulated on the first anniversary of UT Ladakh and for the beginning of a new historic journey. He said that this year’s Independence day holds a great significance for the people of Ladakh as its 70-year-old demand for Union Territory status was fulfilled.

He also remembered the brave soldiers who laid down their lives to defend the territorial integrity and praised Indian armed forces, paramilitary forces, and the Indian Air force for playing a pivotal role in the development of the region and has taken care of the people of Ladakh in times of need and difficulties.

He further assured that the UT administration will meet people’s expectations in ensuring protection and development.

Highlighting the apprehension of people regarding job, environment, land ownership, and the fear of inundation by outsiders, he informed that the government is working on a domicile law for Ladakh that will address the concerns related to land and job protection.

He further added that Ladakh with UT status is at the threshold of a new era marked by accelerated growth assisted by extensive funding and support from Union Government. And urged all to work together to create a new progressive and prosperous Ladakh that will go a long way in bringing parity in development with the rest of the country.

The programme ended with the applaud and felicitation of frontline workers fighting against novel coronavirus.