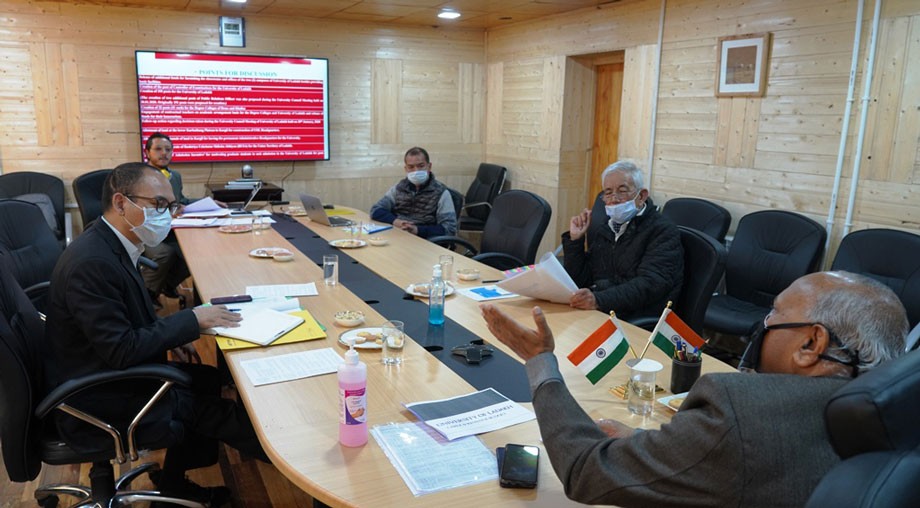 Officials during the University of Ladakh meeting at Raj Niwas.
Leh :

Discussion on the annual Capex budget and other related issues of the University of Ladakh was held in a meeting convened by R K Mathur, Lieutenant Governor on May 18 at Raj Niwas.

Chewang Phuntsog , Vice-Chancellor informed R K Mathur about the projects conceived under the sanctioned budget and highlighted the requirement of additional funds to take some more projects.

The revenue plan of six colleges in Ladakh, land allotment for administrative headquarter in Kargil, post creation for the university and colleges of Khaltse and Drass, building construction plans and academic activities were discussed.

R K Mathur stressed on timely execution of the projects. He said that funds will not be a problem and UT Administration shall ensure every support for the effective functioning of Ladakh University and colleges in Ladakh.