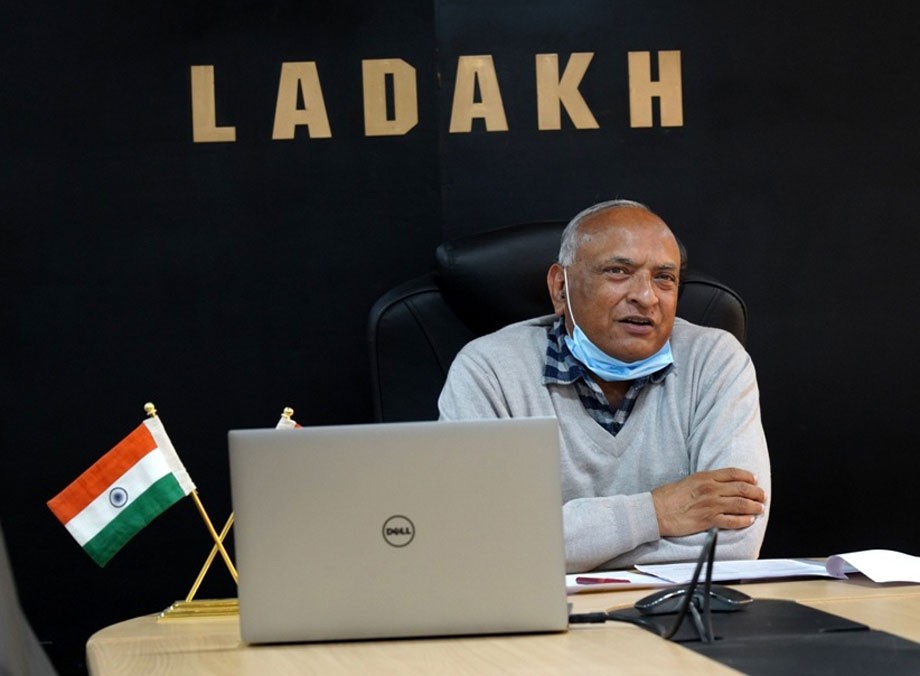 Lieutenant Governor R K Mathur discussed eight-point agenda to drive the economic growth of Ladakh during a meeting with (CII), Delhi through video conference on June 23.

Nikhil Sawhney, Chairman CII, Northern region said that the formation of the Union Territory is expected to open many avenues for Ladakh's growth and development.
He said, "To accelerate the pace of growth and development in the coming years, which CII feels is achievable, Ladakh has to work in a mission mode and address the challenges which are acting as bottlenecks in its growth."

R K Mathur said that with CII's expertise in the economy, knowledge of new thoughts and initiatives can be introduced into Ladakh.

Talking about Connectivity and Infrastructure, he suggested CII speak of the Zojila pass issue at the national level and stressed that the Zojila pass should be a national agenda.
"What the Indian Air Force has been doing for Ladakh is phenomenal. However, 12-month road connectivity would have avoided the problem of a herculean airlift which our forces have been doing since 1947’, he said.

Speaking about the dent caused in the tourism sector due to the Pulwama attacks last year and the COVID-19 pandemic this year, he said that the economy of Ladakh has been badly affected as tourism contributes almost 50 % to Ladakh's economy. He stressed on the CII come up with initiatives to enable the tourism industry to handle such outside influences in the long run.

He stated that the Solar Energy Corporation had floated tenders for 5000 MW and 14 MW of solar energy. Despite a repeated extension of the tender; the industry has not been coming forward. He suggested the CII come up with ideas to make sure that the sector gets a kick start.

Addressing the issue of the contractors as put forward by Nawang Thinles, CII, Ladakh, LG Mathur said that the CII can help the local administration to encourage registration of the MSME units. He said that since the region has an army presence that requires maintenance, spares, etc, and if Ladakh can develop these industries, it can be beneficial for everyone.

He further suggested a joint CII and Army conference to identify the specific inputs and encourage the development of new entrepreneurial ventures. Also, CII to organise a joint CII-Iceland-UT conference to develop tourism and geothermal energy in Ladakh.

CII assured Lieutenant Governor of looking into all of the suggestions for the economic growth of Ladakh.