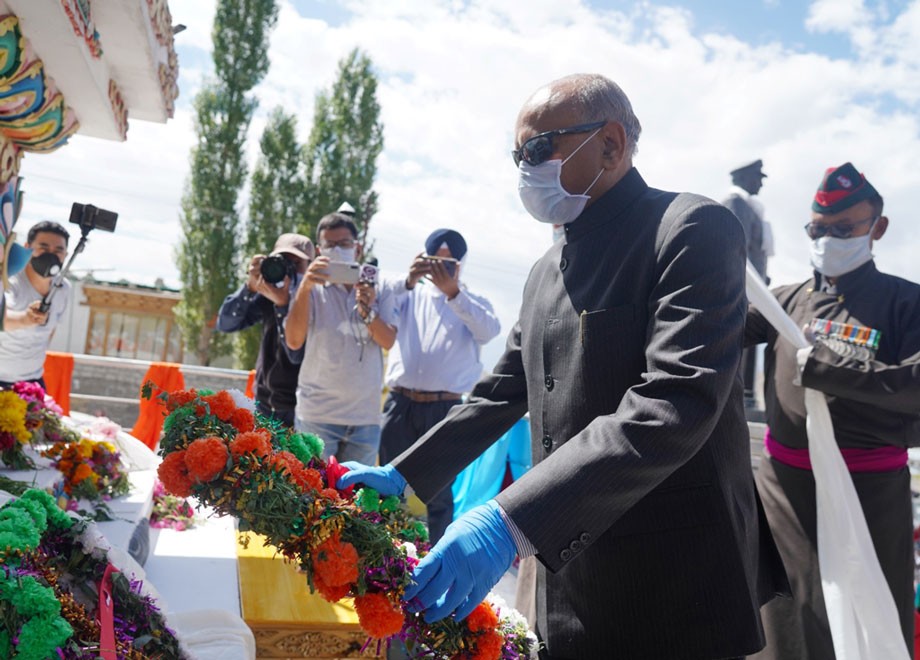 Lieutenant Governor, R K Mathur paid rich tribute to the martyrs of Kargil war on the 21st anniversary of Kargil Vijay Diwas, observed every year on July 26 to commemorates India’s victory over Pakistan in 1999.

R K Mathur said, “This day reminds us of the grit, valor, and dedication of Kargil war warriors who fought till their last breath to defend our motherland. I salute the indomitable courage and innumerable sacrifices of Indian Armed Forces in safeguarding the nation amidst challenging situations and protecting the country’s pride.”

Remembering the war heroes from Ladakh who gave supreme sacrifice defending the country during the Kargil war, Lt. Governor honoured 50 Veer Naris (war widows). He lauded the people of Ladakh for rendering selfless services during Kargil war and said that it’s a proud moment for all of us.

He also interacted with the gallantry award-winning war veterans and Ex-servicemen.

On July 26, 1999, Indian Armed Forces won one of the fiercest battles in ‘Operation Vijay’ with Pakistan in Kargil, Ladakh.