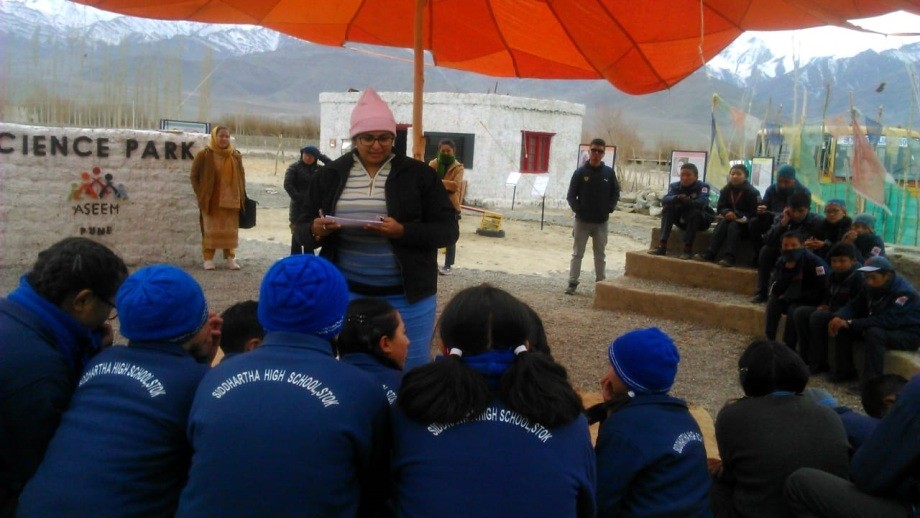 Participants during the workshop at Science Park
Leh :
An inter-school quiz competition and a workshop on Biology was organized by Aseem Foundation's Ladakh Science Club on 11-12 November at Science Park, Leh.

The workshop began with the inauguration of the mini solar power system which has enabled the students to play with electronic games installed at the Park. The solar power system was made possible through the generous financial contribution of hundreds of people across the country.

The biology workshop was conducted on November 12, in which 25 students from Druk Padma Karpo School and Delhi Public School were present. Intricate biological concepts such as DNA replication mechanism and genetic mutations were demonstrated using fun-filled activities. The workshop concluded with the observation session, where the myriad complexities of the biological world were explained under the powerful lens of the microscope.