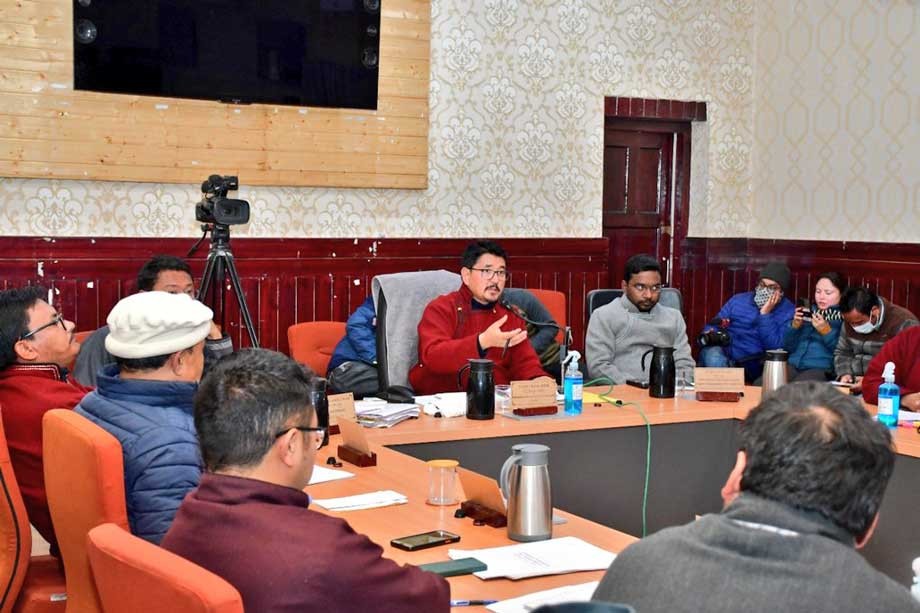 During the special session of the General Council Meeting of LAHDC Leh.
Leh :

A special session of the General Council Meeting of LAHDC Leh was held under the chairmanship of the Chairman/CEC, Adv. Tashi Gyalson on November 9.

During the question hours, all the elected representatives of the Hill Council, Leh debated on the two agendas discussing the advantages as well as the drawbacks of the resolution moved.

After a detailed discussion, the house passed the resolution moved by Executive Councillor, Stanzin Chosphel thus seeking the Central Government’s intervention in fulfilling the aspiration of the people of Ladakh with the need for having safeguard for the protection of land, employment, socio-economy, culture, environment, and trade.

CEC, Hill Council, Leh, Tashi Gyalson appreciated the active participation of all the Councillors during the day-long session. He mentioned that every member of the house has shown their concern on the need for having a proper safeguard protecting the interest of the people of Ladakh in every sector, and further hoped that the Union Government under the able leadership of Prime Minister, Narendra Modi and Home Minister, Amit Shah would take a major decision in the interest of the people of Ladakh in this regard