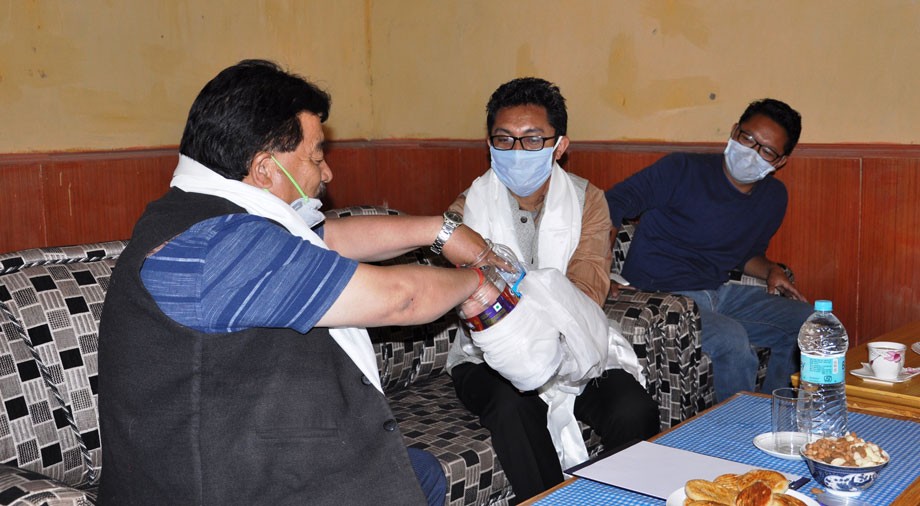 830 kanal rSrongpey Rantak land was allotted among 98 families of Stakna village on July 7.

Also, he urged upon the people to make the fullest use of the allotted land by converting it into a green patch in the shortest possible time. He assured all possible support from Hill Council Leh in providing irrigation and other required facilities.

Jamyang Tsering Namgyal thanked 5th LAHDC, Leh led by CEC, Gyal P Wangyal for fulfilling this long-pending demand. He said that such a remarkable decision by Hill Council Leh initiated by area Councillors and land distribution committee Stakna village will be cherished and remembered by the coming generations of Stakna village. He urged upon the villages to make the best use of the allotted land and said that projects like MODI will also prove beneficial for such land.

Highlighting some major achievements of Stakna village including completion of the bridge over Indus river connecting Stakna village, he said that about ₹ 1 crore is proposed under SDP for providing drinking water facilities to the village.