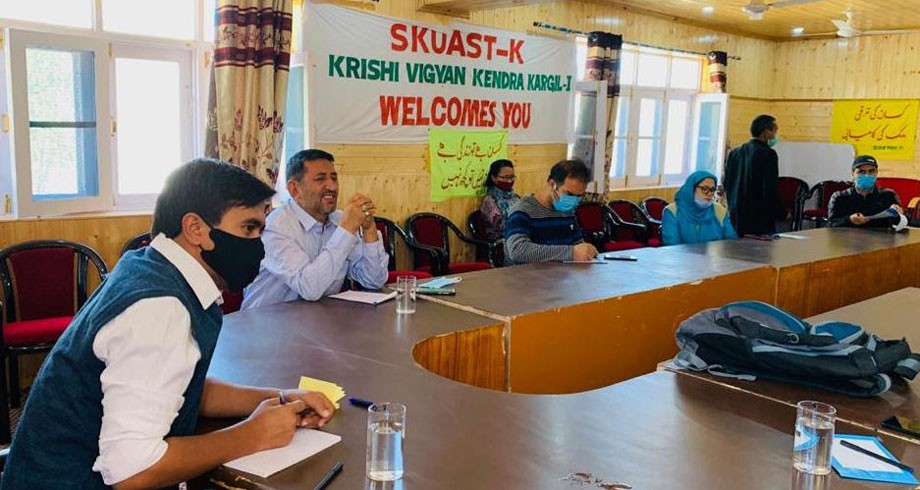 Muhammad Ali Chandan asked the scientists about the measures being taken up by both the KVKs towards farmer's awareness and extension of technical knowledge and inputs for augmentation of the agriculture sector in the district.

Senior Scientists gave detailed presentations about the ongoing activities of the KVKs and suggested some major issues to be taken up in the future for the upliftment of the Agriculture sector for the betterment of farmers.

He directed the scientists to organize awareness camps at the village level to enlighten the general public about various Government schemes so that the farmers will be benefitted.

He also expressed his consent to conduct a meeting with the officers of Agriculture and allied departments and scientists of both the KVKs in the 2nd week of September 2020.