By Reach Ladakh Correspondent Zanskar, May 27, 2020 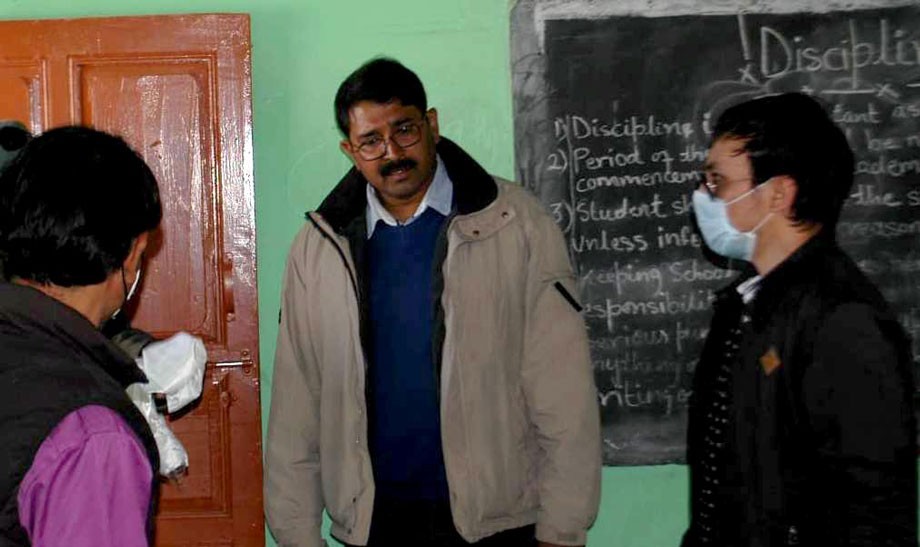 He reviewed the functioning of all the departments of Zanskar Sub-division and enquired about the pace of various ongoing developmental works and the progress. Instruction was given to complete the works within the stipulated timeline focusing on quality and quantity parameters.

He also visited High School, Tungri, and Higher Secondary School, Padum. ZEO Zanskar was asked to ensure submission of the detailed plan for reopening of schools highlighting social distancing measures, hand washing, hygiene, and other required measures as per the set protocols.

People expressed gratitude for the early evacuation of stranded passengers from different parts of the country and posting of six doctors to CHC, Padum.

BMO Zanskar was asked to furnish a detailed proposal about the requirement of machinery and equipment at CHC Padum so as to provide the patients with all modern facilities at the health institution.

Saugat Biswas also reviewed the status of implementation of Jal Jeevan Mission (JJM) which aims to provide and safe and adequate piped drinking water to every household by 2024. He instructed the concerned officers to work with zeal and enthusiasm for the implementation of the scheme so that the objectives of the mission are implemented in letter and spirit.

The delegation raised the grievances and demands of the people of the Zanskar valley. Saugat Biswas assured early redressal of all the grievances.

Saugat Biswas along with Baseer-ul-Haq Chaudhary, DC Kargil visited Karsha, Sani, Shella, and several other villages. They interacted with the public representatives including BDC Chairpersons, Sarpanchs, and Panches as well as prominent citizens of the areas to know about their developmental needs and grievances.

People demanded augmentation of drinking water supply and mobile communication, posting of doctors at CHC Padum, and reopening of schools.

Responding to the issue of doctors, Saugat Biswas directed DC Kargil to ensure that the recently transferred doctors join their duties at CHC Padum within 2 days. He also instructed Executive Engineer, PWD, Zanskar to restore all water supply schemes in the area within a week’s time and completion of the remaining work of Padum Motorable Bridge within a month.

Saugat Biswas assured the locals that the issues related to mobile connectivity would be addressed soon by taking up the matter with Jio company and other telecom operators. He also informed the locals that to facilitate students and reading enthusiasts, steps would be taken to open libraries in every village of the Sub Division.

He also informed that the petrol pump sanctioned for Padum will also be made functional soon.
Highlighting the need to establish a mechanism of effective and efficient coordination between the Administration and people, he stressed upon the officers to be responsive to the needs and issues projected by the people.

Saugat Biswas also visited Dibling village of Leh district and met with the villagers to take stock of the food supplies and other requirements.