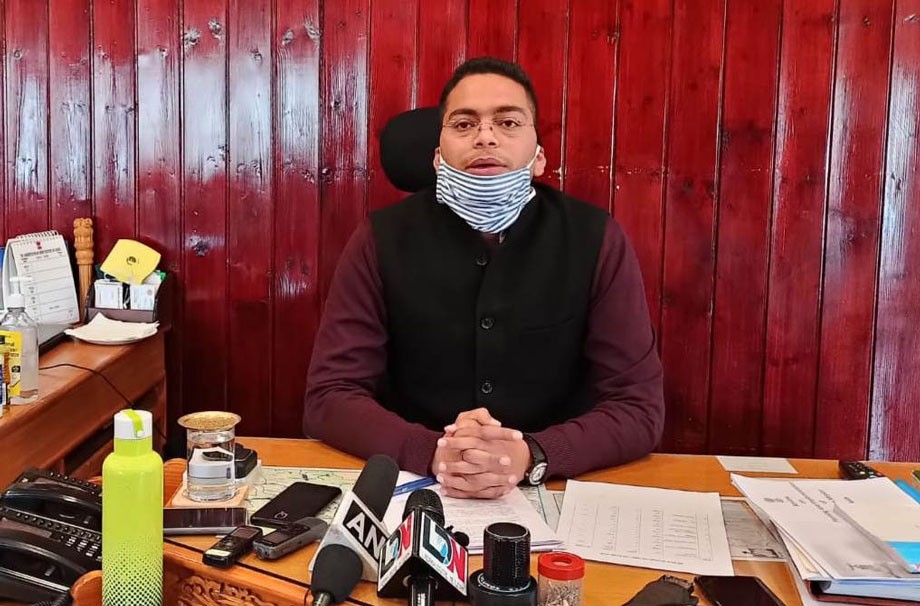 A total of 78 sample reports were received out of which 18 tested positive in Leh district on May 3.

Out of the 18 positive cases, 16 are from Chuchot Yokma and two from Leh town area detected through Aarogya Setu app.

Sachin Kumar Vaishya, District Magistrate, Leh in a press conference informed that with the increase in positive cases, Leh district falls under the Red zone. Restrictions issued under the MHA advisory will be followed with stringent application. It is also made mandatory that every person under the containment zone and those entering the Leh district must download the Aarogya Setu application on their mobile phones.

He further added that the contact tracing of all the new cases is being carried out.

Looking at the positive case of an Iran-returnee in Kargil district, who were evacuated recently from the Air force quarantine facility centers of Rajasthan, Leh district will also carry test samples of the Iran-returnees of Leh district as a precautionary measure.

Sachin Kumar further appeals public to follow the advisory issued by MHA in letter and spirit and abides by the guidelines of social distancing and maintains personal hygiene to support the efforts of the administration in containing the spread of the coronavirus.