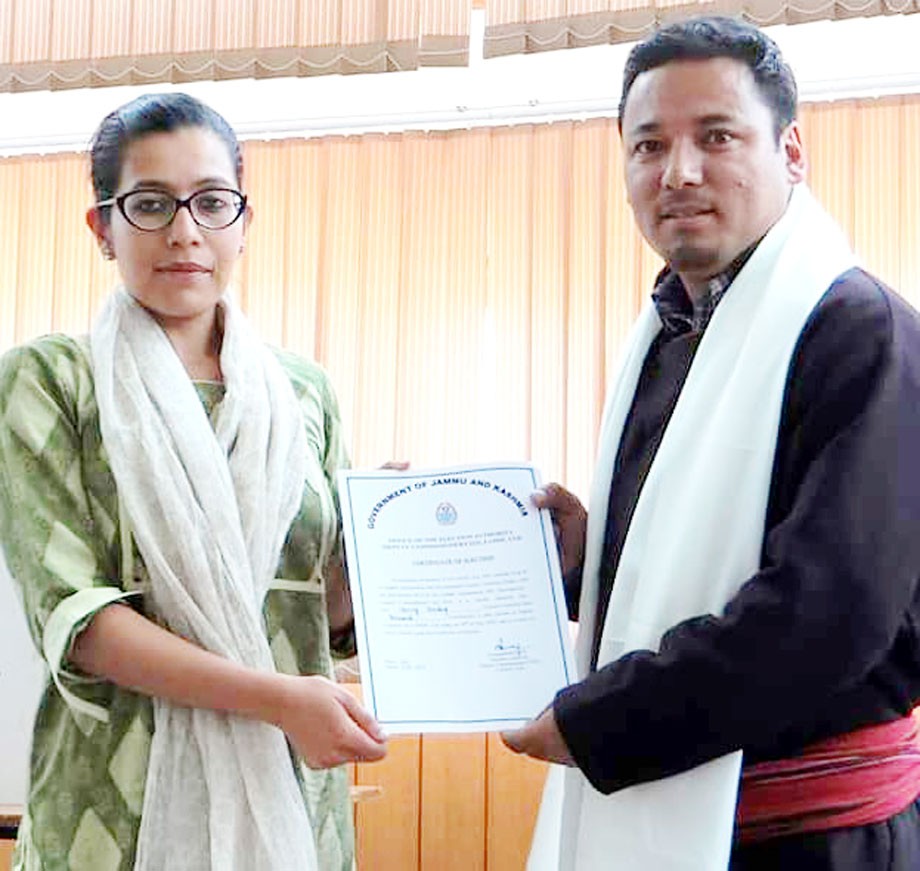 The name of Tsering Sandup for the post of Deputy Chairman was proposed by Stanzin Sherab, Councillor Khaltse which was seconded by Tsering Paldan, Councilor Gya Meru.

Tsering Sandup expressed gratitude to everyone for keeping the trust in him.

He said that it would not be a new thing for him to work as Deputy Chairman as he has already served under the capacity of Executive Councilor. He further added that his previous experience will help him to serve the public with greater spirit and assured to dedicate his time and service for the well being of common people.

The Deputy Chairman seat was left vacant after Ex-Deputy Chairman, Gyal P Wangyal was elected as the CEC of 5th Hill Council, Leh.