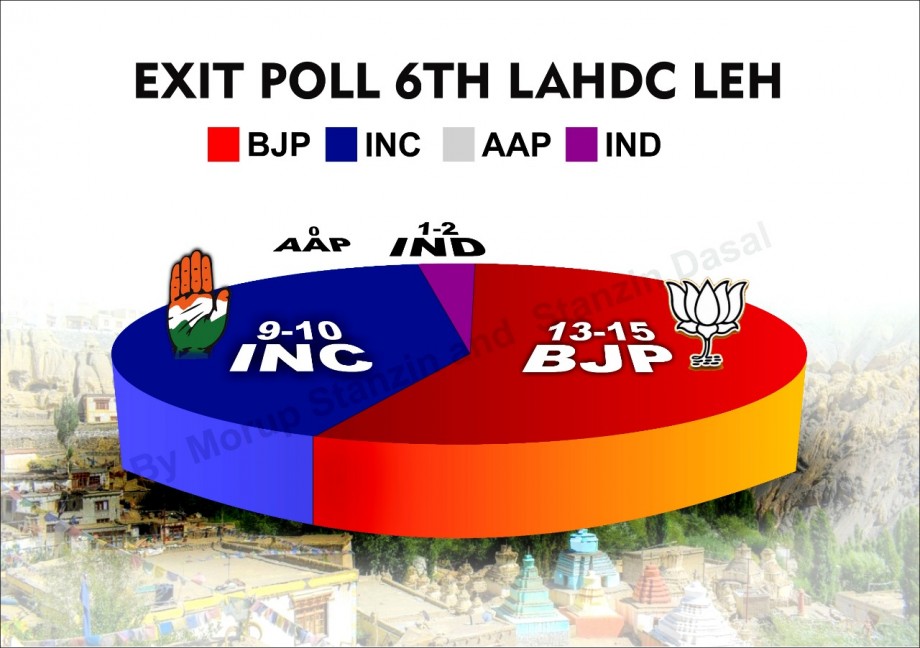 Unlike the previous five Hill Council elections, it is difficult to gauge the mood of the electorate to make any prediction about the outcome of the battle for 26 seats of the 6th LAHDC, Leh elections. There is uncertainty over the formation of the new LAHDC with the full majority due to the ups and downs in the political scenario. There were also twists and turns with candidates switching their political parties at the last moment.

This time the tussle was not between the two major political parties- Bharatiya Janata Party (BJP) and Indian National Congress (INC) - as Aam Aadmi Party (AAP) and independent candidates were also involved in a game-changing role.

The striking factor about the election was the emergence of new young and educated faces on the scene which has given a facelift to politics in Leh district.

The internal rift and fight for mandate within the party seemed to have harmed BJP’s chances. Strong candidates from BJP, who were likely to win their seats, were left anguished over the party’s decision not to give them the mandate. Incidentally, they fought the election as independent candidates. Thus, the party is likely to lose 3 to 4 promising seats of the ruling party to independent candidates and also to Congress.

The decision of the government to conduct elections for the new LAHDC amidst resentment of people for not granting safeguard for land, culture, job and environment cannot be overlooked. The reluctance of the ruling party to support the demand for the inclusion of Ladakh in the 6th schedule of the Indian Constitution is another factor that created a lot of chaos and confusion among the public.

Meanwhile, the movement started by the Apex body led by former BJP veteran leader Thupstan Chhewang and Chering Dorjey Lakrook to bring constitutional safeguard to the region seems to have benefited Congress party the most. However, the party is expected to win between 9 to 10 seats and compel them to act as the opposition party for the second term running.

The departure of a few senior leaders from the party before the elections was a major setback for Congress, but it is unlikely to have any impact on the outcome of the results. Questions are being raised against Congress for not giving the mandate to any female candidate.

Aam Aadmi Party (AAP), formally launched in Leh in July, started on the right foot and made a bright impression among the people of Leh district. Although the party is expected to eat into Congress’ vote share, their chances of opening the account look slim.

Post-poll surveys predict BJP to win between 13 to 15 seats, whereas Congress is expected to claim 9 or 10 seats. Independent candidates are predicted to win 1 or 2 seats with AAP failing to open its account.