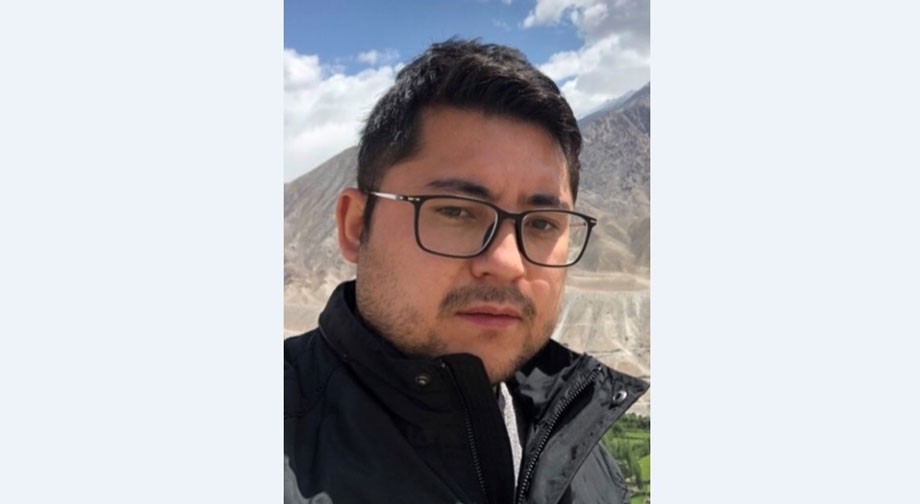 The Union Territory of Ladakh, situated in the north-western part of the Himalayas, is known for its distinct climatic conditions, unique culture and traditions. The region is home to a variety of exotic flora and fauna with some rare and endangered species of animals and birds. It is also known for its different kinds of plant species, with over 1000 vascular plants, which are of great value for scientific and medicinal purposes. Despite its thin air and high aridity, Ladakh has more than 34 species of mammals, more than 320 species of birds and over 10 species of reptiles.

Besides, there is a huge scope for generating clean and renewable energy as Ladakh is blessed with an abundance of sunlight throughout the year. It is reported that there is a potential of producing 33 GW of renewable energy from solar, and hydroelectricity through the use of the Indus and the Suru rivers and their tributaries. Because of such renewable energy resources, Prime Minister Narendra Modi had envisioned and declared the region to become carbon-neutral in his Independence Day speech, 2020.

However, it is being increasingly felt by the local habitants of the region and various experts that the ecological scenario in Ladakh is becoming fragile. The region is predominantly a cold desert having an arid climate with little or negligible rainfall where the availability of water is precious and scarce. Thus, the people are relying heavily on glacier water in the higher altitudes, which melts during the spring season. This water, which passes through streams, (known as ‘tokpos’) is used by the villagers for irrigation and horticulture purposes.

Traditionally, Ladakhi people have been making efficient use of natural resources through various modes of conservation methods. For effective management and smooth distribution of water for irrigation, there is a responsibility assigned to ‘Churpon’, known as ‘Water Captain’ in each village. In the good old days, the way of life of the people was simple and in harmony with nature. People were contented and their needs were fulfilled by the optimal use of available natural resources. A classic case is the local compost toilet ‘Ldechot’ which is used by the local people. These toilets are environmentally benign and consume no water. The byproduct of this human excreta waste is composed and turned into organic manure which is later used for enhancing agriculture and horticulture in the region. But with time, the people have started switching over to western-style toilets which consume large quantities of water. Thus, it puts a strain on the already scarce water resources.

Due to its pristine natural beauty, Ladakh has become a major tourist destination. Over the past two decades, there has been a huge influx of tourists to explore various places. The tourism industry has boosted the local economy by augmenting speedy development and has raised the standard of living of the local people. Now, tourism is the backbone of the economy with a substantial portion of the population engaging in this sector for livelihood. A lot of construction activities for hotels and resorts are going on for catering to the needs of increasing tourist footfalls. Digging of bore-wells is resorted to by hoteliers and local households in the town areas for drinking water and other purposes. And this has led to the depletion of the groundwater table.

But, with time, as happened with towns all over India, urbanization also has taken place in the region. With the region becoming a separate Union Territory, new avenues and opportunities have opened up. Developmental activities and ramping up of infrastructure have followed. Rapid material development is indeed necessary for improving the amenities and quality of life of the native people, but it has its flip side too. Unprecedented developmental activities and the reality of climate change and global warming are harming the nature, wildlife and ecology of the region.
Waste management is another pressing issue faced by the people of the region. Littering of waste, solid waste, in particular, is a source of concern as there is no proper system in place for the disposal of garbage and plastic waste in an efficient way. The rise of consumerism in society and the mushrooming of outsiders to the region for leisure and holidays are taking a toll on the environment. People visiting popular tourist spots recklessly litter plastic bottles and other trash with little sensitivity to the place. Moreover, some of these major tourist places, which are located near Pangong Lake, Tsomoriri, Tsokar etc., are wetlands of national and international importance. They are also included in the Ramsar Convention for wetlands. Hence, the preservation of these marshlands and wetlands is extremely critical to the survival of rare migratory birds like the Black-Necked Cranes ‘State Bird’ (listed as near-threatened under IUCN) and other wildlife found in these places. Protection of these places is also important from the biodiversity point of view to maintain ecological balance. Therefore, there is a need for collaboration of govt., the local authorities and the local people in chalking out some innovative solutions for the protection of the environment of Ladakh. The onus also lies on the tourists to be more responsible and sensitive to the place by not littering plastic and other wastages.

The permission of trekking routes in the vicinity of Snow Leopards ‘State Animal’ (Listed as vulnerable under IUCN) corridors in the Hemis National Park, Rumbak and SkyuMarkha Valley are affecting the smooth movement of the wild animal (known as ‘Shan’ in Ladakhi). Therefore, permits for adventure tourism in these places need to be regulated with proper assessment and mitigation measures. It is important to note that the promotion of ‘Home Stays’ in the nearby villages is to be welcomed and initiated rather than opting for big and swanky hotels for resting and lodging travellers, backpackers and other adventurous people. The popularization of ‘Home Stays’ will help in better interaction between the visitors and the locals regarding the local culture and the environmental sustainability. It will also help in empowering women as most of these ‘Home Stays’ in Ladakh are managed and run by women members of households.

A Ray of Hope

As they say, “To every dark cloud, there is a silver lining.” An Important initiative was taken by a Leh-based, local civil society group called ‘Ama Tsogspa’, known as the Women Alliance of Ladakh (WAL). This group was founded in 1994 with the twin objective of raising the status of rural women and strengthening local culture and agriculture. Besides, they also run active campaigns for the preservation of the environment. In 1998, the women's group launched a major campaign for a ban on the use of plastic in Leh. Their efforts paid off as the use of plastic by shopkeepers and other business enterprises is banned in Leh and other adjoining areas.

The melting of glaciers is a global issue affecting millions of lives. In Ladakh, many villagers have abandoned their habitation and practice of agriculture and have migrated to Leh town in search of alternate livelihood. To address this problem, an innovative scientific idea was found by a local engineer, and education reformist, Sonam Wangchuk. He conceived the idea of inventing an artificial glacier known as ‘Ice Stupa’ for giving hope and a solution to the issue of vanishing glaciers. These artificial glaciers store water in the form of ice in the winter months, and in the spring season, when the ice slowly gets melted, the water is used for irrigation purposes.

Thus, the key issue is to strike a delicate balance between achieving economic development and preserving the fragile environment and ecology of Ladakh. Not to be seen as an antithesis to each other but to strive towards harmoniously finding a middle ground.

(The author is practising as an Advocate in District & Sessions Court, Leh. He also worked in an Environmental Law firm in New Delhi. You can send your views and comment at tonyotgser@gmail.com)