The History of the Political Ordeal of Ladakh 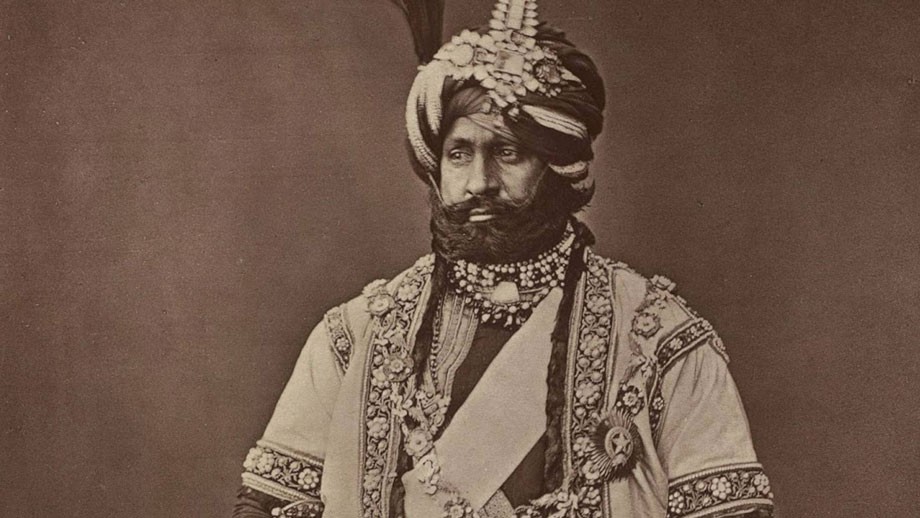 Leh :
Recently in Ladakh, there has been great jubilation, particularly in the Buddhist dominated Leh district regarding the division of Ladakh from Jammu and Kashmir as a separate political entity. It marked the fulfilment of a 71-year-old demand of the Ladakhi people.

Back in the late 1940s on the eve of Indian independence, the then head of Ladakh Buddhist Association Kalon Tsewang Rigzin, head of one of the leading Buddhist families of the time, reiterated the illegality of Ladakh being absorbed into Kashmir. What was this illegality he was talking about? How did it come through? The Ladakhis took on the invading Dogras in service of their King and country but they could do little in the face of superior firepower of the Dogras. Matters were not helped by the fact that the King, Tsepel Tondup Namgyal, and his son, Crown Prince Tsewang Rabstan, were both indolent and weak-willed, and were dominated by their intriguing wives, which finally cost them their kingdom. In a nutshell, the father-son duo were mere shadows of their powerful ancestors.

Even before the Dogra invasion, inroads were made into the Kingdom by forces from Kullu and Mandi. Evidently, the neighbouring states had already sensed the weakness of Ladakhi polity. We, the Ladakhis, were compelled to live for over a century under Dogra suzerainty and then reluctantly had to accept more than 70 years of Kashmiri dominance with brief periods of popular upsurge.

Ladakh was, as is believed, ruled by the same dynasty for about a millennia. The dynasty provided many shrewd and able kings but had its fair share of failure. The Tibeto-Mongol invasion and the subsequent Treaty of Tigmosgang, signed in 1684, greatly weakened the once-powerful kingdom and significantly reduced its size. The last independent ruler of Ladakh was Tsepel Tondup Namgyal. His Prime Minister was the powerful and able Kalon of Basgo, Tsewang Tondup, whose daughter married the Crown Prince, Tsewang Rabstan. When William Moorcroft, the English traveller and East India Company agent, met with the Prime Minister, he showed him documents proving Russia was making diplomatic overtures towards Ladakh.

Those were the opening days of The Great Game. The Kalon and Moorcroft signed a treaty under the terms of which the English were to aid Ladakh against foreign invasions and that Ladakh would be free of foreign intervention internal. But powers that be at the East India Company refused to ratify the treaty and gave the Dogras, who were under the suzerainty of the Sikhs, a free hand over the territory, thus sealing the fate of Ladakh. A few years before the Dogras invaded, as fate would have it the able Kalon died and his daughter, Skalzang Dolma, married the Crown Prince. She gave birth to a baby boy at Shey Palace, in the midst of a failed rebellion engineered by her husband Tsewang Rabstan. The boy, Jigmed Singey Namgyal, was crowned king by a rebel Ladakhi army and a token Tibetan force at the Leh Palace after the failure of Zorawar Singh’s Tibetan Expedition and the decimation of his forces at the hands of a Tibetan Army. His reign was short-lived for another Dogra force invaded Ladakh and defeated the Tibetans while Ladakhi forces melted away. Kalons and Lonpos became Zildars and Kardars or Kasdars. Leh remained an entrepot for traders and merchants who traded their goods across High Asia. Many families enriched themselves through their involvement in this trade which passed through some dangerous terrains. Names like Sra-ngar and Radhu stand out. While the countryside was dominated by the landowners. The size of their landholdings dwarfed that of present times. Landowners used to lend grains to the poor at exorbitant rates which were repaid in grains. These interest rates were multiplied if the debtor failed to pay his dues. This, coupled with the custom of begar broke the back of the common Ladakhis. Only a privileged few, those who had extensive, well-managed landholdings, and those who were engaged in trade, had had access to cash.

Modernity came to Ladakh when, at the eve of Indian independence, it was invaded by tribal raiders sent by Pakistan. These raiders were turned back near Leh. Kushok Gyalsras Bakula Rinpoche, a great-great-great-grandson of Tsepel Tondup Namgyal, emerged as the de facto leader of the masses in the aftermath of the tribal invasion. Ladakhis demanded to be merged with East Punjab or be granted a NEFA type administration, just like Arunachal Pradesh, but in no way be enjoined with Kashmir with whom Ladakh shared no similarity, be it race, language or culture.

But it was made part of Jammu and Kashmir against the wishes of its people. From the very onset, the new administration proved no different than its predecessor. Ladakhis were treated as second class citizens by their Kashmiri overlords. From a kingdom of respectable stature, Ladakh was reduced to a district, albeit a large one. Kushok Bakula threatened to join Tibet if the demands of the people were not met. His historic speech on the floor of the Legislative Assembly on 12th April, 1952, drew the attention of the world towards the plight of the Ladakhis, who were struggling to adapt to the modern world that they were being exposed to, for the first time in their history. Throughout its history under the administrative control of Kashmiri leaders, Ladakh continuously received step-motherly treatment, leading to resentment which periodically broke out into political agitations and violence.

Despite the discontent with provincial leaders, Ladakhis have time and again proved their patriotism to India. Be it the 1962 conflict with China, when a large portion of Ladakh was lost to Communist China, or the 1999 Kargil conflict, when the Ladakh Scouts Regiment had a significant role in the eventual Indian victory. The formation of Hill Council in 1996, a result of the popular 1989 Buddhist Agitation led by Thupstan Chhewang, nephew of Kushok Bakula, and his colleagues, and its subsequent empowerment by the Mufti government in 2002, gave the Ladakhi people a taste of self-governance, although it left much to be desired. The granting of divisional status to Ladakh in February, 2019, and the subsequent granting of Union Territory status to Ladakh in August, have fulfilled the political aspirations of the Ladakhis. The saga is truly epic for the former kingdom gets poetic revenge on its former masters as it breaks away to form a Union Territory albeit without legislature. The road to UT has been arduous, only the future will tell which direction the fate of its people and its fragile ecosystem will take. Let’s hope the dreams cherished by its people come true.