Lama Lobzang: The monk who made medical facilities accessible to Ladakh He has brought super-specialist doctors to Ladakh every year, and the patients are treated free of cost 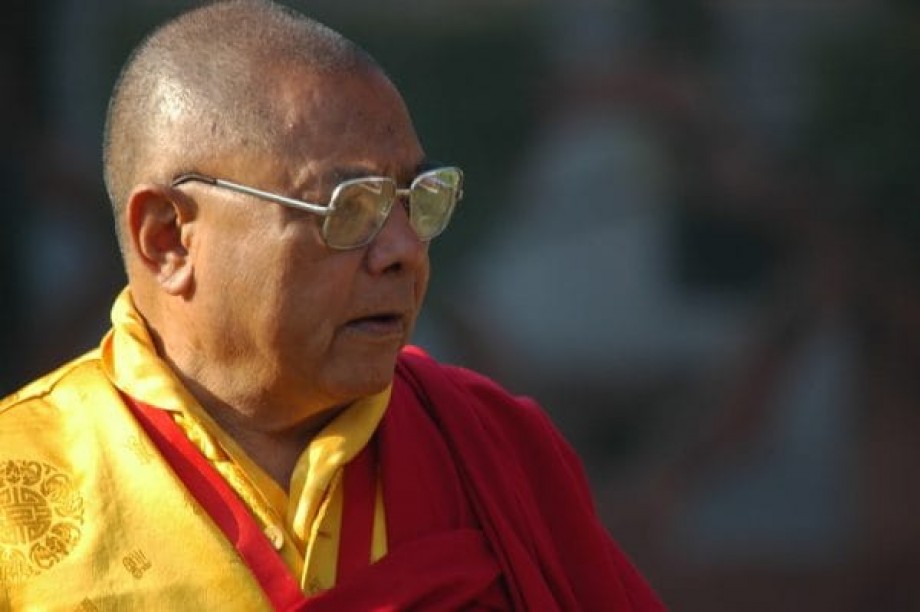 Ven. Lama Lobzang is a living legend, a remarkable Buddhist monk who has devoted nearly six decades of his life, unleashing all his Buddhist teachings, training and power of compassion to bring humanitarian aid and services for the welfare of the people. His life journey began in the Kau family of Leh in the year 1931 and very early in his life, he became a monk and lived a monastic life in Sankar monastery. In 1951, the 19th Kushok Bakula Rinpoche sent him to Sarnath to pursue formal education and he was ordained as Buddhist monk in the year 1952 at the age of 21 in Tibet.

In his lifetime, Lama Lobzang embodies not only power of selfless service and eternal power of compassion that can be vouched by thousands of people in the region of Ladakh who received his benevolent efforts to bring essential medical services to the remotest possible areas and people. His act of compassion extended from Ladakh to Delhi as he has assisted thousands of patients to be brought into Delhi and receive world class treatment in prestigious hospitals like AIIMS, Ram Manohar Lohia Hospital, and Safdarjung Hospital. For this reason, Lama Lobzang, lovingly, respectably and with great reverence is called ‘Mey lay’ by the people of Ladakh. His indomitable spirit of compassion made him work till the age of 90 taking patients personally for varied treatments and making both medical care and stay for each patient a journey of healing, love and empathy.

Tashi Angchuk, who has been working with the Ven. Lama Lobzang from the last 27 years said, “Ladakh is blessed to have a personality like ‘Mey Lay’ among us. He has helped patients from different backgrounds as his own family and helped them to get treated by the renowned doctors of AIIMS. His dedication and love for the people inspired us to work and help the needy.”

For the last three decades, Asoka Mission headed by Venerable Lama Lobzang has been organizing medical camps in Ladakh on an annual basis and he has been instrumental in bringing super specialist doctors with their team who treat the patient free of cost thereby spreading the spirit of compassion. Even the management of medical camps is carefully structured in a manner whereby the cases of old patients are followed up, the new cases are diagnosed and depending on the need some even get operated on in Leh or the place where camp is organized. This is done to save huge expenditure and time for the general public. In the year 2021, Ashoka Mission for the first time even during the pandemic gathered all its resources to organize a medical camp in the remote region of Zanskar bringing into close ambit help for people who needed it the most.

Tashi Motup Kau, General Secretary, Asoka Mission said, “Ven. Lama Lobzang has spent his lifetime in complete devotion to provide support to his people in Ladakh and I admire the attention, he gave to bring medical aid and assistance to his people who required medical treatment due to extremities of the region. It was his relentless dedication of nearly four decades, building medical network of specialist doctors and surgeons, who inspired by his innate Buddhist nature joined him in this arduous task of providing medical care to all those people who earlier neither had access nor knowledge how to seek appropriate medical treatment both in Ladakh and Delhi. Over a period of time, he successfully established a system of taking doctors from Delhi to Ladakh and bringing those patients to Delhi who required specialized treatment by arranging for their transport, stay and treatment. With the result that by now scores of people have been treated for serious and life-threatening ailments like cancer, brain tumour, kidney transplant, heart related issues, liver and gastrointestinal diseases to name a few amongst so many others. I am witness to his meditative like focus, attention and disciplined attitude towards providing medical aid to his people as this was an arduous task that entailed lot of work along with emotional empathy and sensitivity. I have now taken up this responsibility to carry forward his work with same zeal and dedication that he inspired and inculcated in me for the people of Ladakh.”

Lama Lobzang has spent his life embedded deeply in firm faith and belief in Buddhist values and teachings and has worked tirelessly for reviving Buddhism and Buddhist heritage sites all over the world. His focused to map out Buddhism on the global stage, to preserve Buddhist heritage sites and to share Buddhist knowledge as well as to promote Buddhist values, and represent a united front of Buddhism for meaningful global discourse, he has founded the international umbrella body- International Buddhist Confederation (IBC) in the year 2010. IBC is a global body of Buddhist organizations. The organization was formally registered on November 2, 2012 and under its umbrella Lama Lobzang attended more than 40 international conferences and was instrumental in the organization of around 21 conferences both at the national and international levels.

Tashi Motup said, “I have seen Ven. Lama Lobzang a monk by choice, training and discipline toiling tirelessly to seek appropriate path to uplift the society by first expanding education facilities in the region to gradually gravitating towards providing societal welfare in more expansive manner. His unique approach based on his integrated Buddhist learning was duly acknowledged by the Government of India when he was appointed in the Minority Commission to provide same guidance and direction for the upliftment of Schedule Caste and Schedule Tribe community in a more focused and planned manner.”

To understand the situation at the ground level and to directly connect with the people during his tenure as a member of the National Commission for Scheduled castes and Tribes he undertook two padayatras, one for 37 days from Delhi to Lucknow covering 10 districts and a distance of 740 km and the other for 14 days from Nasik to Pune covering three districts at a distance of 280 km. The pad yatra helped him to observe study and understand minutely the problems faced by these communities. His relentless efforts assisted in the declaration of indigenous people of Ladakh as Schedule Tribe, uplifting the SC, ST, and other weaker sections of the society to a life of dignity, honour and equality.

The need of the hour is to give recognition to all the toiling efforts Ven. Lama Lobzang and his lifelong work to elevate the sufferings of people, minorities and to the greater cause of Buddhism. This will inspire scores of people to follow in his footsteps and especially to the youth of Ladakh that looks up to him as their true teacher, guide and mentor whose values need to be emulated and become a source of aspiration and inspiration.