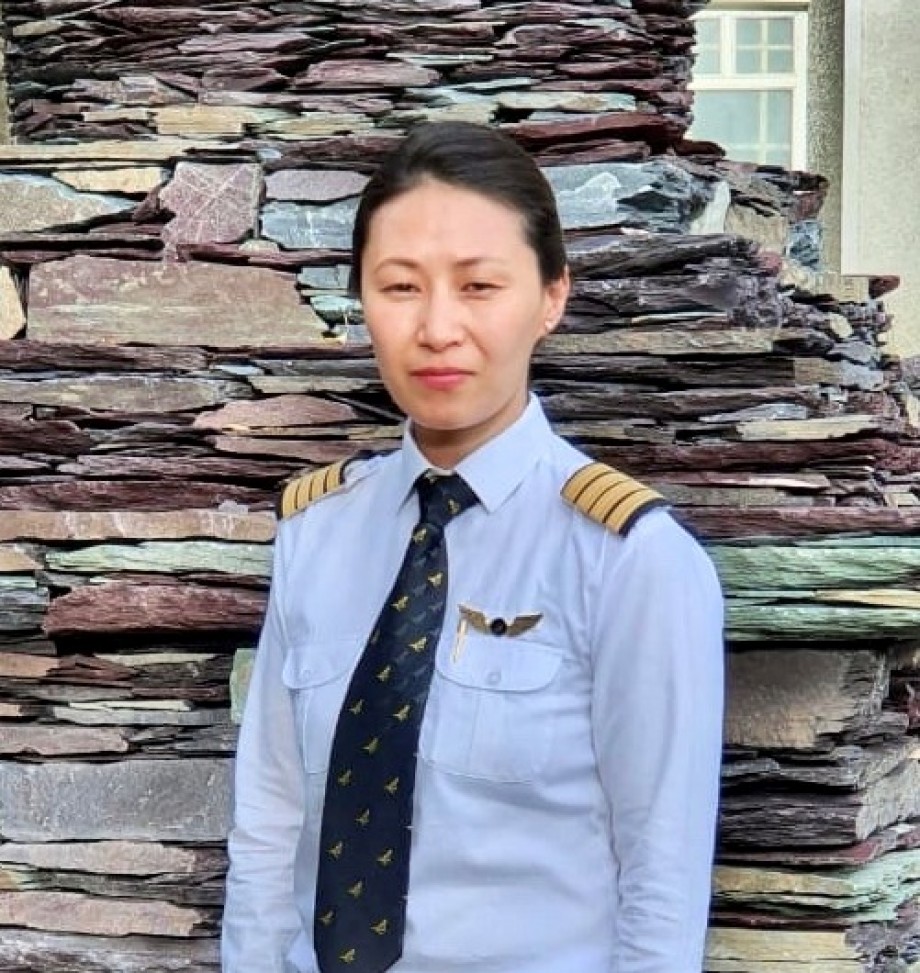 Q. Tell us about yourself. What drew you to become a pilot?

Since I was a child I dreamt of becoming a Doctor. By the time I passed out of school my elder brother who is presently working as a Commander on B777 joined Air India. I got so inspired by him because I use to watch him in his uniform leaving for flights. I was in complete awe and mesmerized by the whole thing. That’s when I decided to become a pilot. Without my brother, I think I never would have started a career in aviation.
Presently, I am working as a Commander on the Airbus 320 family with Air India.

Q  Share us your aviation journey and the first flying experience.

I started my commercial pilot ground training in Mumbai in the year 2006. After clearing my Directorate General Civil Aviation (DGCA) papers and airforce medical, I went to Minnesota, USA for flying training. I was trained on Cessna 172 which is a single-engine propeller plane. During my initial days, I realized that I was meant for flying and blessed to have a very good instructor who encouraged and boost my confidence to learn all the skills.

The first flying experience was incredible. When I first sat on the seat in the cockpit for the first time I felt so surreal. Apart from the excitement, aviation comes with a lot of challenges. We have the responsibility of flying a multi-million dollar flight and the lives of so many people at stake. We have to be competent which is constantly checked and evaluated in a simulator. We are subjected to much possible failure and within a short period, we have to rectify and multi-task. We have absolutely no margin for an error. There is a separate department called flight safety which monitors continuously our flight path through flight data recorder and cockpit voice recorder.

Q. What it’s like working in a male-dominated environment? Being a lady pilot, do you ever have to put an extra effort?

Aviation is a male-dominated sector but fortunately, India has the highest number of women pilots which is very encouraging. Initially, during my training days, I used to think that it will be hard being a woman but things are completely different. We are told, “Once you sit on the seat it doesn’t matter whether you are men or women. We have to show our potential and prove ourselves.” There is no gender discrimination and everyone is treated equally. Also, we didn’t get any special treatment for being a woman, you get praised and scolded equally as men.

Q. Do you feel that progress and change are needed for women in our society?

As compared to rest other parts of the country, women of Ladakh are very lucky to be born in a place where there is no gender discrimination. Girls are equally encouraged in our society and it is a matter of pride that women of Ladakh are doing great in every field. Even as a homemaker they have their say and grip on the whole family. I just feel that women have to believe in one, encourage each other, and stay determined to overcome all the challenges.

Q. Brief us about various scopes in aviation and how one can pursue a pilot as a career path.

To pursue a pilot as a career path, Maths and Physics are must-have subjects in class 12th. Also, we have to be medically fit and most importantly passing the aptitude test. Once you have the determination, willpower, and hard work there is nothing that can stop you to achieve what you dreamt of.

Also, to all other women aspiring to be pilots, engineers or to work in another capacity in aviation, I wanted to say that we don’t need extra qualities to walk along with men. If we know what we want and willing to work hard we can overcome any obstacles.

Q. Brief us about the importance of career guidance or counselling.

Back in the time focus was given solely in getting a government job. Things are different now with so many new career options such as entrepreneurs, designers, architects, etc. Discovering and working hard on our talent and passion is the key to success. I feel that career counseling is very important to steer us in the right direction. It also gives us the opportunity to explore various other fields.

“All professions are equally important. We must let our children pursue their passion and give wings to their dreams. Let our future generation shine.”