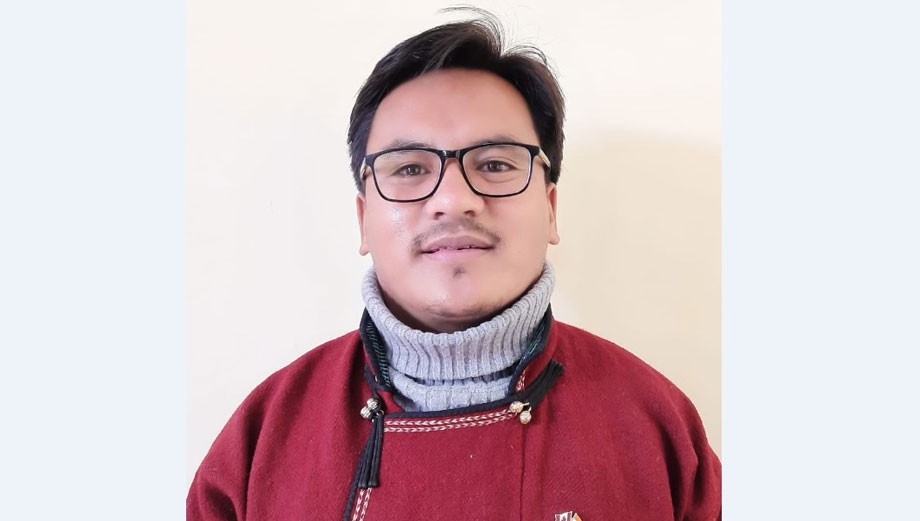 Q. You took up the charge of Rural Development, Animal and Sheep Husbandry, Command Area and wildlife. Brief us about the sectors and which sector are you going to focus on a priority basis?

There is various major and minor developmental work that is being carried out under various schemes of every sector. Equal focus is given to every sector. Earlier, there was a challenge to carry out any activities because of the lack of funds but this year enough fund is allocated to carry out the plans effectively. In the Animal and Sheep Husbandry Department, the focus is made more in the Changthang region because livestock rearing is the main occupation in the region as compared to the other parts of the district. In the wildlife department, there are around 308 compensation cases with a total amount of ₹55,11, 970. The amount needs to disburse among the people who have lost their livestock due to wildlife attack during the last three years. The liabilities will be cleared out in the coming days.

Q. Brief us about the Changthang Development Package. How the package will be utilized and what measures are taken to ensure effective implementation on the ground.

The approved annual action plan under SDP for the year 2021-22 is ₹72.63 crore out of which ₹36.32 crore fund is released. Various work such as distribution of pre-fabricated insulated sheds for nomads, pasture and fodder development in Changthang, strengthening of a veterinary hospital, ambulances, construction of a multipurpose indoor stadium, nomadic museum, predator-proof corral pens, insulated houses for the nomads, and purchase of Nomadic Kits such as tents, tarpaulin, portable toilets, gen-sets, radio, etc.

For the effective utilization of the package a series of meeting with all the public representatives from the Changthang region in line with the officials of Animal and Sheep Husbandry was carried out to discuss plans under the developmental package. The meeting was aimed to get feedback and suggestion from the public representative of the concerned areas for a better implementation of works on the ground level.

Q. Livestock rearing is one of the important occupations in the Changthang region. Brief us about the potential in the sector and the various initiatives or plans to promote livestock rearing.

Q. Since you have a charge of Wildlife, what you have to say about the poaching cases happening in Leh. Why the conviction rate in wildlife crime is low?

Every year one to two poaching cases are reported in Leh district which is very unfortunate. Poaching cases are mostly reported in far off places, where human settlement is absent. One of the major challenges is the lack of eye witness in such cases. Under Section 50 of the Wildlife Protection Act 1972, wildlife department officers are empowered to investigate and book wildlife-related cases. The department is exercising this power which helps in the easy presentation of the case.

The report of the blue sheep poaching case on December 15, 2020, at South Pullu near Khardong La has been submitted to the court. It all depends on the court now.

Training and awareness to all the stakeholders at all levels about the wildlife act, presentation of case categorically and systematically, implementation of the law, etc is very much needed to improve the conviction rate in wildlife cases.

Q.Tell us about the status of the dehairing and milk pasteurization plant. How it is going to benefit the Leh district?

The tender and allotment of the pashmina dehairing plant worth ₹9.36 lakh is completed with the effort of everyone at all levels. It will take around 8-9 months for the completion of the plant. This will be a boost to the pashmina growers of the Changthang region. The expansion of the Pashmina industry will improve the living standards of the nomads of Changthang. The raw pashmina will be procured by the Cooperative Society.

One milk pasteurization plant as a pilot project is setting up in the Nubra region, if successful the plants will be further replicated to other far-flung regions of the Leh district.

“Due to COVID-19 pandemic, many of the projects under various sectors are pending but 100 percent effort is being done to utilize all the funds and make various schemes implemented on the ground effectively”