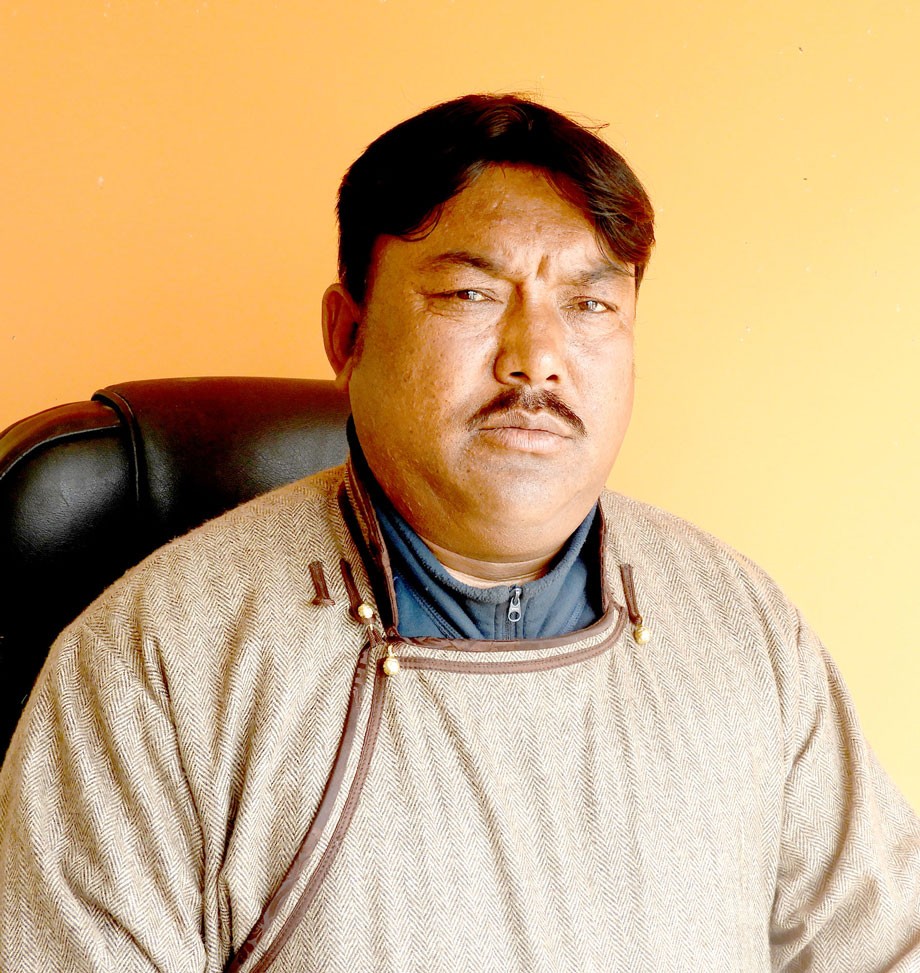 Q. Tell us about yourself and how your journey as a musician started?

I have been playing the Surna for over 27 years now. Initially, I used to play Daman (A traditional word for drum) but I was more into playing surna. I started practicing playing surna but was not satisfied, thus, decided to take a guidance of a good teacher. I approached famous surna player and expert, Ali Mohammad and learned for nine years under his guidance.

It took time for me to learn and pursue it full time as I was not from a financially sound family, and owning a surna personally was a bit challenging. With time all got sorted out and I never give up no matter how challenging it was because playing surna was not just my interest but the importance of instruments in our culture and tradition.

Q. Are folk music and traditional musical instruments stand at the brink of extinction? What do you say about it?

Folk music is an integral part of our culture. We have songs and music for different occasions be it a religious ceremony, weddings, harvest, etc. We have some of the most indigenous musical instruments such as ' Pivang' which is hard to find these days. Similarly, instruments like Dimjang, Linyu (flute), Damnyan (string instrument) Pivang, Khakong, (sitar) Daph (Dafli) are also facing the threat of extinction.

Daman and Surna players are there but are also facing challenges because of the social stigma attached to it. Earlier, the musical instrument player is not considered equal in society they are often looked down and discriminated. The younger generation prefers to do some other professions than to carry forward their ancestral skills because of the stigma attached. This is one reason that the number of instrument players got reduced.

Over the years things have started changing now, there is not much discrimination. I would like to express my gratitude to Ladakh Buddhist Association who had played an extensive role in making the society inclusive for all without any differentiation. Today, the new generation doesn’t believe in class and casteism, for them playing a musical instrument is an art and embrace and learn it with great interest. Today, daman and surna are played by everyone which is a very positive step.

Q. Are you training individuals in playing surna?

Also, I have been to Tangtse-Durbuk in the Changthang region, Nubra, Lamayuru, and Kharu block, etc. to give coaching. I have covered almost every region in the Leh district.

Q. We have seen that nowadays, traditional and modern music are fused to make something new. What’s your opinion on these emerging modern genres?

Traditional music and songs of Ladakh have their essence and importance. It is always better to keep it in its original form. We have seen that nowadays, traditional music is blended with new modern songs; the old folk songs are modified and played on western instruments which I feel is not representing the rich culture of Ladakh. An artist should create new music, recreating the old traditional songs is not a good idea. We must maintain the originality of our folk music, it has its importance.

Promoting culture and tradition is good but it has to be done originally.

Q. What steps need to be taken to preserve and promote this folk art and music?

The culture academy has launched three books on folk music which includes thousands of songs. Along with it, we need to go through these books and learn those songs and sing them on different occasions. Interest and enthusiasm are key to learning folk music. Regular camps and coaching must be organised in different regions of Ladakh. We must encourage the younger generation to adopt this art. Also, every school must include the traditional music class along with western music class. It will be a good step to introduce in schools because the children of today are the future of tomorrow. They should be made aware of the tradition and culture of Ladakh so that it can be carried forward. There is a need to change the attitude towards folk songs and music to preserve it.

“Folk music is an integral part of our culture. We must maintain the originality of the traditional song and music because it has its own importance and value.”