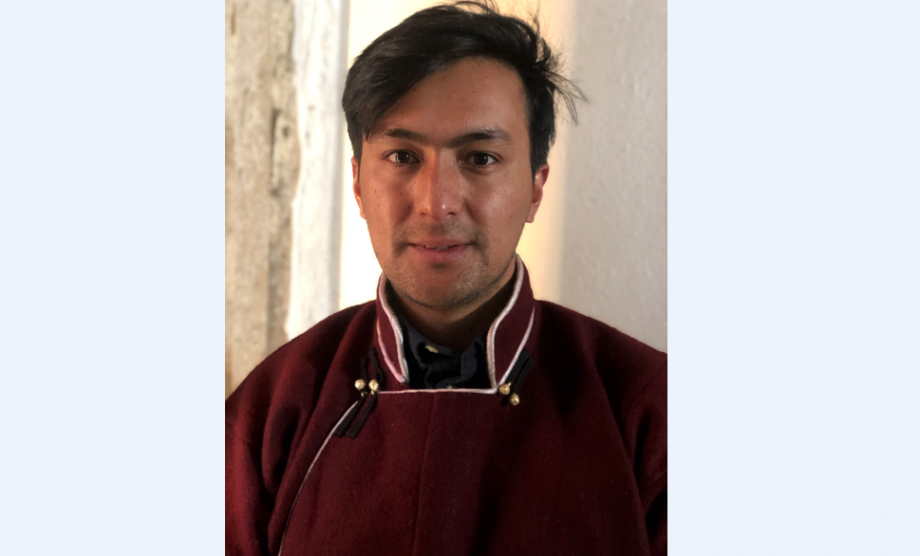 Q. What inspired you to pursue filmmaking, and how challenging it has been yet?

Reading comic books and watching films used to be the most fascinating and enjoyable moments of my childhood. Filmmaking as a career is something I never thought of because there were no exposures and awareness regarding it. So, the interest was confined to watching films only. I realized my interest in filmmaking during my graduation days. I dropped one year and researched film-making courses, institutions, etc. I got admission to Symbiosis Film and Media School, Pune, and took scriptwriting and direction as a specialization course. After completing three years, like every filmmaker, I also went to Mumbai to seek work experience, industry exposure, and to experience professional work. From 2017 to 2019 I worked in Mumbai as an Assistant Director.

Film-making becomes quite expensive once you take a professional approach as you cannot compromise with your work, and to get the satisfaction you require a good gadget and system. Therefore, financial constraint is always a big challenge in front of each filmmaker. Before writing a story, you must think about the cost of the film and then follows the platform to display your work. This is the main reason that many youths give up the field.

Q. Brief us about your first film ‘Sekool’. How challenging was it to complete the film?

‘Sekool’ is my first independent film themed on urban migration for better education. When I was working as an Assistant Director in Mumbai the idea of ‘Sekool’ came to my mind. I felt that the idea or the story I want to share with the people will remain incomplete if I continue working as an Assistant Director, so, I wrote the script of the Sekool. It is a short film of about 15 minutes, but it took almost one and half years to complete the script.

I met Jigmet Wangchuk (Saboo), a cinematographer in Mumbai through one of my friends and shared the script with him. He gave the green signal to the script and we came back to Ladakh. Rented a normal DSLR camera and with Stanzin Chokphel (actor) went to Changthang for the shoot. According to the script I needed a character for a mother and child migrated for education. Instead of going for professional artists, I decided to go for real characters. I requested Tsering Yangchen my Machung lay and Urgain Tobgay a little boy who has been migrated for education and with the help of villagers we started.

Friends of Jigmet Wangchuk allowed us to use their studio so the editing and sound design were done without a penny. I did not expect the film to be a great success after the completion, but it went well. Except for Africa, the film. was screened all over the continents, and in Europe, it is still being screened, even in schools also. The film has been screened at the world's biggest short film festival known as Clermont Ferrand International Short Film Festival in France in 2020.

Q. What are the scopes and challenges in filmmaking? Are the filmmakers of Ladakh are getting enough exposure and recognition?

Renowned filmmaker of Stanzin Gya used to tell that they used to carry screens, speakers, and projectors on donkeys to show their films in remote villages because of poor road connectivity. The financial constraint also is one reason which demotivated many filmmakers to come up with new films. Even if we come up with a film an issue is where to showcase it. For time being Amazon Prime and Netflix will not buy our films as we are not at that level, but we must continue the journey to reach that level. Instead of waiting for the government to build a structure, I have started an inflatable movie theatre at Saboo Thang to provide a platform for filmmakers. We screened the movie ‘EightyThree’ starring Ranbir Singh on the same releasing date of the movie in Mumbai. We can now release any Bollywood and Hollywood movies in the future. Ladakhi filmmaker can also show their movie here. Currently, it is close due to the covid surge. So, opportunities are there the only is to find it. Nowadays language is not a barrier. Konkan and Tamil movies are watched in America. Pushpa, a South Indian film is India’s highest-earning film.

Through film, we can bring awareness. As Ladakhi we can keep our point of view in front of the world through films. If your work is good, then definitely you will get recognition. my film Sekool has been screened at the international level. If we focus on the work and dedicate ourselves to it then there are multiple platforms and opportunities. The sky is the limit. Your work should speak for itself.

Q. The Himalayan Film Festival was organised in Ladakh for the first time. How important and beneficial is it to organise such events in the future?

The Himalayan Film Festival is the first such festival in Ladakh initiated by the UT administration under the leadership of Secretary Padma Angmo. It is a good space as many filmmakers got the opportunity, hope, and platforms to show their films. My film Sekool was also screened here, and I can say that such platforms give good motivation and satisfaction. Festivals like THFF motivate the filmmakers by appreciating their works and it also provides exposure to the aspirants. So, the continuation of the event (THFF) is necessary for the rejuvenating filmmaking culture of Ladakh.

Q. How many films you have made till now? Tell us about your upcoming projects/films.

I made 5-6 films as a project during my college time at Pune, but ‘Sekool’ is my first independent film. Now I am working on a story, titled, ‘Glacier’. The title is temporary it may get changed as I prefer to decide the name/title of the film at the end. The film is based on climate change and its impact on Drokpa. It is a short fiction film like Sekool as I plan to make short fiction films first before jumping into a feature film. I plan to make films longer than 90 minutes.

Q. What will be your advice or suggestion to the youths who aspire to choose film making?

Film making is not a time pass it is an art, it requires time and dedication. If you want to explore the world of filmmaking, then try to avoid the glamour part of it. It should not be the goal of yours, as it is the end part. Firstly, one must introspect whether I have stories to tell. Always try to take a professional approach instead of filming randomly with a camera. Try to learn the basics and learn filmmaking.

Many youths start film making with the motive of earning without thinking about their interest. If you have an interest, then income will follow as we are observing the successful person in the field. Ups and downs are part of the game, but always trust your story and remember the day when you decided to choose the field. After all, life is a journey of hundred joys and hundred sorrows, and it is not limited to film making only. Never give up once you took the decision.

“Cinema plays an important role in cultural and language preservation. Along with entertainment, it is also a form of art. So, parents should not discourage their children if they opt for cinema as a career. He/she may be wanted to tell something to the world. Remember, out of 10 world’s famous personalities three are from cinema.”