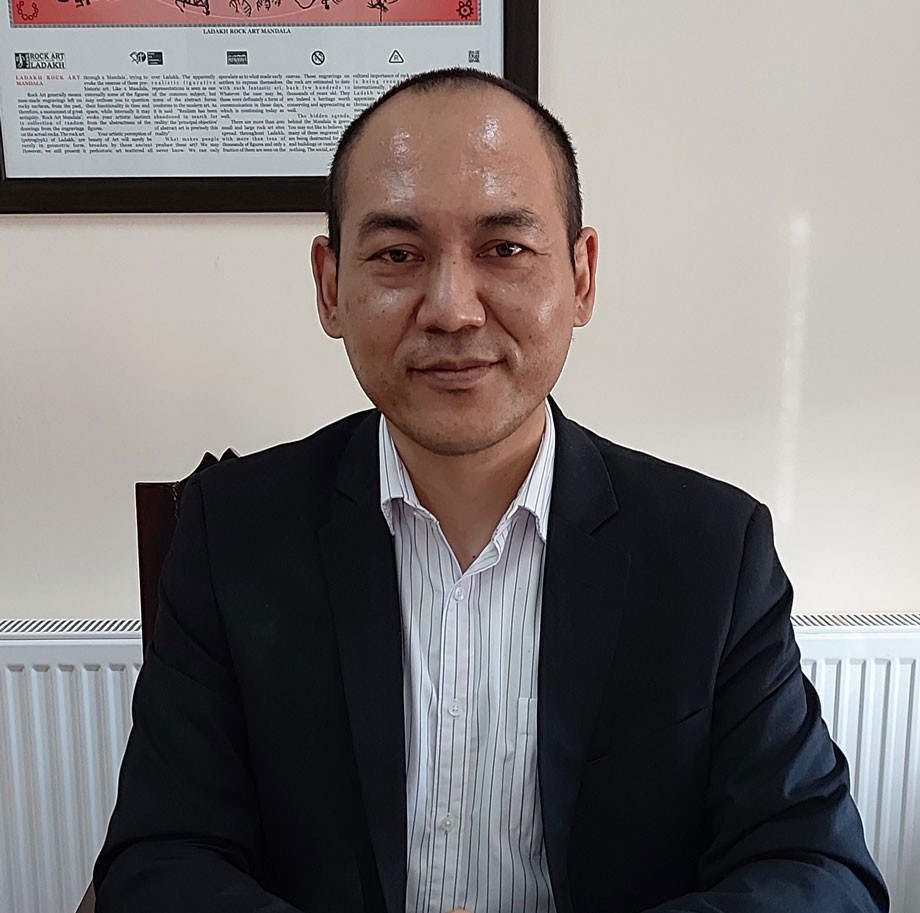 Q. With the spread of coronavirus pandemic in the Ladakh region, brief us about different strategies or measures taken by the UT administration to cope up with COVID-19.

Ladakh reported the first positive case of COVID19 on March 7, which is a turning point for each one of us. The situation is an unprecedented challenge for the medical department and the whole society. As soon we received two positive reports from Chuchot Gongma we took a quick decision and sealed the village under containment policy. We learned as we went along and in fact, the whole world was learning.

Taking a cue from different other parts of the world, various practices, implication and mistakes we faced the situation in the initial days. At present, systems are in place and the only challenging part is it to break the chain, stopping further spread of the virus.

In Ladakh, till now we have 13 positive cases (Data till March 26) out of which the first two positive cases reported have a travel history to Iran. Rest all are relatives and family members who got infected through them. We know the source of the virus which helped us to take further course of action and hopefully, we will be able to contain the virus. We have ensured all the necessary facilities to keep the patients in both the Leh and Kargil districts. Also, samples of the suspected patients are sent for test daily to Delhi.

One important thing we have noticed in most of the countries is that the people are getting infected by sharing the same washrooms. To avoid this we will be providing individual rooms with attached bathrooms. Positive patients who get cured and test negative will be immediately shifted to the hotels which we have recognized to ensure all safety precautions until the second and last test results.

In the initial days, there were few issues and challenges such as lack of Personal Protection Equipments, N-95 masks, kits for sending the samples, etc, which are all streamlined.
Community involvement is very important to contain the virus. We appreciate the Hotel associations, NGO’s and all others who have helped the administration in this time of need.

Q. At present health department send samples to Delhi which takes a day or two to receive the report. How important is it to have a BSL3 laboratory in Ladakh? Is it feasible?

Absence of a laboratory is one challenge because the medical department has to collect and send the samples to get it tested in Delhi. The matter has already been taken up with the government and MP Ladakh has been constantly following up on the demand. Recently, a Real-Time polymerase chain reaction (RT-PCR) machine for Ladakh has been sanctioned and soon the COVID-19 testing lab will be established. We need a microbiologist to carry out the test for which we have already assigned a pathologist who will be sent for training in microbiology from Indian Council for Medical Research. By the time the laboratory is set up, the region will have a microbiologist also.

Q. We have seen a case in which a patient is tested positive after two negative tests, because of which concern is raised among the people in the containment zone. What you have to say about it?

Samples of only symptomatic direct, high-risk contacts of confirmed cases are sent to the laboratory for tests. We had an issue of a patient who was tested negative initially but somehow the doctor wants to reconfirm it and sent his sample again. But there was a delay in getting the reports and when confirmed the laboratory we found out that there was some confusion in tracing the samples. Because the second sample was late, the third sample was already sent and by the time results of the third sample were received, second sample test showed negative. There was no reason to keep the patient in hospital so he was discharged. But, yes it could have been better if the patient is kept until the report of the third sample is received. But unfortunately, after discharging him, the result of the third sample tested positive. Ideally, after one test result, the patient is kept or discharged.

This raises the concern among the people but like I have said it before, to avoid such issues, we will ensure one room with attached bathroom to ensure all safety precaution.

Q. How administration is keeping watch on the growing rumours and fake news on various social media platforms?

Yes, the issue is there, and to make the public aware of the right information we have come up with a myth-buster series, in which Dr. Norzin from the health department aware people about the right information regarding COVID 19. The daily press conference is another initiative to keep the people updated. Also, the District Magistrate has issued orders which fix responsibility on admins of social networking sites and individuals forwarding sensitive information. In case of violation, action will be taken as per law. Few FIR’s have been also registered against some of the defaulters for sharing irresponsible posts and voice messages.

Q. What are the various challenges faced and how administration overcoming it?

Shortages of the medical staff at SNM Hospital are an issue and to reduce the workload we have appealed all the retired doctors of the region to volunteer 3 hours of a day at the hospital. The biggest challenge so far I feel is the menace of stray dogs. To mitigate dog menace, we convened a meeting on March 24 and came up with certain short and long term plans, such as providing food to the stray animals at different points. Also, a shelter with a capacity for 5000 dogs will be constructed at the allotted land at the bomb guard from April.

“One mistake can shatter the whole system so we all have to take the whole situation very seriously. Together we can fight against the COVID-19.”