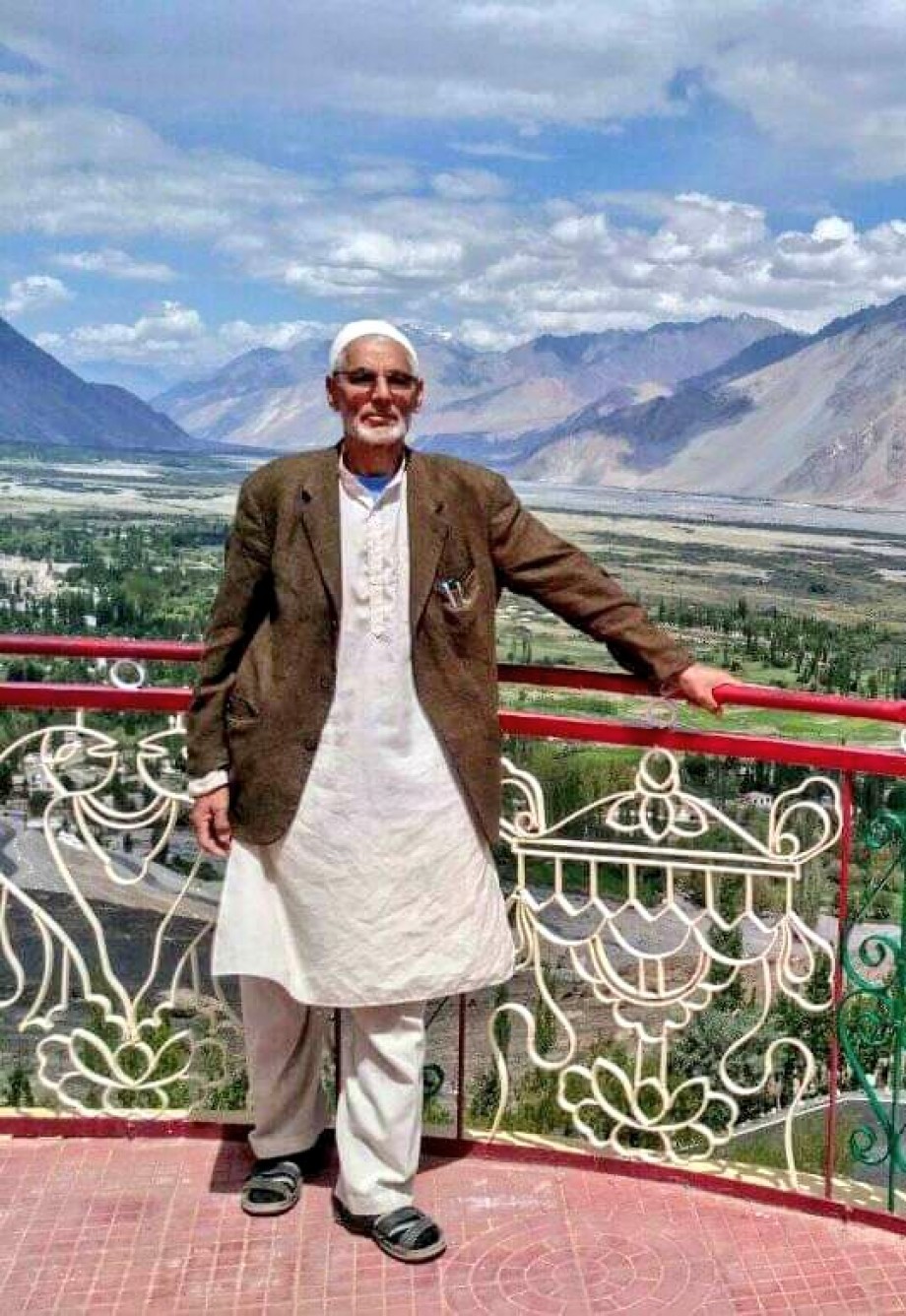 Q. Congratulations on being awarded Padma Shri in the field of education and literature. Brief us about your literary journey.

I grew up in Karkitchoo village of Kargil district without going to school but learned reading and writing at home. My father Sheikh Ghulam Hussain loves to write, read, and collect texts and scripts related to the Islamic context. I got interested in writing poetry and prose because of my father. In the early 1980s, the first book of Kargil was published by my father.  Inspired by him, I wrote my book under my father’s guidance. I was also regular at the poetry recitation programs on the Radio station. I feel honored and express my gratitude to Govt. of India for recognizing my work.

Q. Other than your father what inspires you to write?

The only inspiration was my father, other than him there is no one. My father was a well-known social and religious figure and a great devotee of Islamic books. He used to write a lot and seeing his interest in the field I also got attracted to it. I can say it is a hereditary thing I got and learned from my father.

Q. You have been working with All India Kargil for quite a long time. Share with us your experiences.

I had a great interest in Islamic poems and literature from the beginning. In the mid-’60s there weren’t many opportunities in the profession. Later in the year 1965-66, I tried to get myself enrolled in the Govt. Primary School but my admission got canceled because of an age issue. However, in the years 1998-99 AIR Kargil was established, which boosted my work and encouraged me to work better every day. Today, my work got recognized and the fame I received is all because of AIR Kargil.

Q. You have written poetry and books in the Balti language. Tell us about them.

Since I was born in a religious literature writer family, most of my books are related to Islamic and Balti literature. My first book Guldasta-e-Basharat was published in the year 2003. In 2006, I compiled a religious book Wasile -Najaat and after that, I wrote Balti-Bashme Basharat, a collection of poetry in 2011. Apart from them, I wrote poems on various topics such as Republic day, Mahatma Gandhi, Kargil’s summer, and Kargil’s winter.

Q. Other than compiling books you have also written poems on various local issues. What was the response that you got from the people?

Many people came forward and told me that my poetry helped them to understand social evils in a better way. People motivated and supported which helped me to continue my work. My poems on local issues highlighted the issues and the need to strengthen the bond of Leh and Kargil, Islamic affairs, etc. I must also say that the AIR Kargil helped me to spread my word among everyone.

Q. Ladakh after UT status do you think language is endangered and what should be done to preserve our language?

I don’t have much knowledge about Leh, but talking about Kargil, yes there are chances that our language may get extinct. If we take a look at international events, the representatives speak their native language but people in Ladakh are giving more importance to foreign languages than their own which according to me has brought our language to a brink.

To preserve our culture, tradition, and language, regional books should be promoted and during the seminar and cultural programs our native language should be used and emphasized.

Q. In Ladakh, there is less number of writers so according to you what are the prime reasons and what measures should be taken to promote such professions?

In my experience, these professions do not have financial benefits instead we have to publish books at our own expense also low market sales are the prime reasons why there are fewer numbers of writers. Also, because of fewer numbers of regional book readers, the youth isn’t inspired to choose this profession as their career.

To inspire the youths the writers should merge with the Govt. through which a minimum benefit can be provided to the writers also seminars, programmes should be conducted to promote the writers.

Q. You have been in this profession for a long time, so what were the challenges you faced while writing a book?

While writing my books the most challenging part was collecting the information. Copying the old texts was not a big challenge as you simply have to rewrite the texts, but writing a new book or adding texts to the old scripts was very hard due to the unavailability of information.

“I appeal people of Ladakh to forget about all the differences and start working towards making a healthy society where everyone will be treated equally. There is nothing more important than morality, we should respect each other, and share love and happiness to promote a peaceful and cordial atmosphere.”