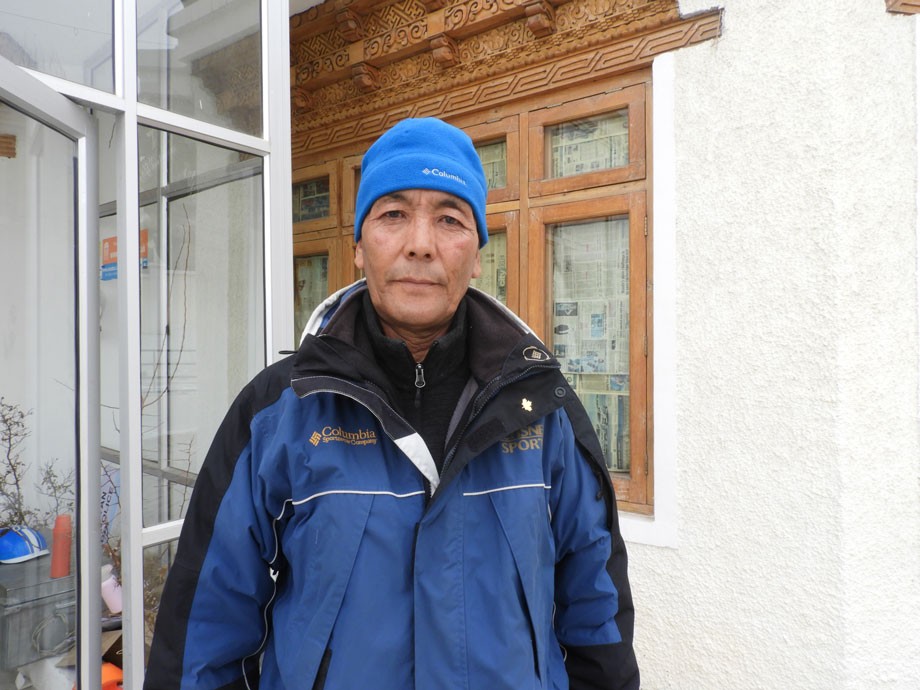 Q. Brief us about the Ladakh Winter Sports Club

With an aim to uplift winter sports in Ladakh, Ladakh Winter Sports Club was formed by a group of friends in the year 1995. All the activities of the club are carried out on small donations and volunteers. The cold winter months with freezing temperature makes Ice hockey, the famous sport in Ladakh. Despite having limited resources we started organising tournaments and from the year 2003-2004, coaching to children from 3 years onwards is initiated to further enhance their skills. Every year on the invitation of Club and Hill Council, Leh, two foreign coaches imparts coaching to the children.

The club is registered and is affiliated with the Ice Hockey Association of India. Today, 95 percent of players of the team India are Ladakhi and both men and women represented in different championships.

Since the last couple of years, the local players also had an opportunity to play with the Canadian Embassy teams. Efforts are also being made to invite other embassy teams of Ice hockey-playing nations to Ladakh in the near future.

Q. Tell us about the various scopes of winter sports in Ladakh?

Ice hockey is one of the most potential and ideal winter sports in Ladakh. The sport is loved by all and has engaged youths of Ladakh in a very positive way as there is nothing much to do during the cold long winter months. Presently, we have 15-16 men team and 9-10 women ice hockey team.

Many of the players have got a job opportunity in Military and Paramilitary forces because of the sports. Likewise, many such opportunities and scopes will be there in other fields also after the recognition of this game by the Union Government.

Q. What is the status of Ice hockey in Ladakh in terms of players and needed infrastructure?

Besides the local tournaments held every year, the game is played at the national level such as Chief Minister Ice-Hockey Running trophy for both men and women, Winter Tourism Promotion Cup organised by J&K Department, Leh and Ladakh Winter Sports Club with an aim to promote winter tourism. From the year 2001, the club organises Indo-Canadian friendship Cup every year because of which players from USA, Swiss, Germany and Japan also started participating.

Although we have a suitable climate and potential players, the main challenges faced is the lack of needed infrastructure and equipment. To promote Ice-Hockey at the international level and to have well-trained players, we need proper international standard size Ice-Hockey rink. Apart from that, there is also non-availability of Ice-Hockey gear and equipment which cost around ₹70-80 thousand per set.

Q. Despite having potential ice hockey players in Ladakh, we are still lacking with proper ice hockey rink and infrastructure. Brief us about different plans and proposals?

Our foreign friend are generous enough to donate around 300 used Ice-Skates and other equipment. A total of 60 skates are already distributed to the children of Durbuk block. Also, we are planning to provide equipment for every young player who is interested in Ice-Hockey in the coming years.

The ice-hockey rink at NDS stadium is left incomplete from the past few years due to lack of funds. With the support of Hill Council and foreign friends we are completing the pending ice hockey rink and are very hopeful that under the UT administration, the rink will be completed till next winter. The NDS Ice hockey stadium is planned as per the international standard size rink with an infrastructure to enable our players to practice on the rink for 7-8 months.

Hill Council has appointed Tony Kretzschmar from Canda as the ambassador of Ladakh Ice hockey.

Q. What are the challenges that our Ice-Hockey teams and Club are facing?

The major challenge is the lack of funding. Many players get training in Japan, Finland, Taiwan, and Malaysia on their own expenses. We receive many invitations from different countries like USA, Germany, and Korea but due to financial constraints, the players are unable to participate. Ice-hockey players are not getting job opportunities apart from Military and Paramilitary services, recently Kiran Rijiju, Minister of Youth Affairs and Sports GoI has promised for the Ice-Hockey recognition.

Q. Do you think that climate change is affecting the winter sports of Ladakh? If so, then what is the need of the hour?

Climate change is indeed affecting the winter sports in Ladakh. The rise in temperature is delaying the formation of ice in winter and the rapid melting of ice is an issue because players of Ladakh play on the natural ice sheet. There can be a time when we might not be able to play ice-hockey in the coming years.

To aware people across the globe, Ranstad and UNFCCC are hosting an exhibition match called ‘Last Game’ across the world. The programme was held in Leh on January 18, 2020. Similarly, we need more awareness among the people along with the needed infrastructure.

Message to the Reader

“Leh is one of the few places where people can engage in winter sports activities like Ice-Hockey. We should collectively work to sustain our environment and fight with global warming and climate change.”