In Conversation with Kunzes Dolma, India Ambassador, Women in Geo-thermal 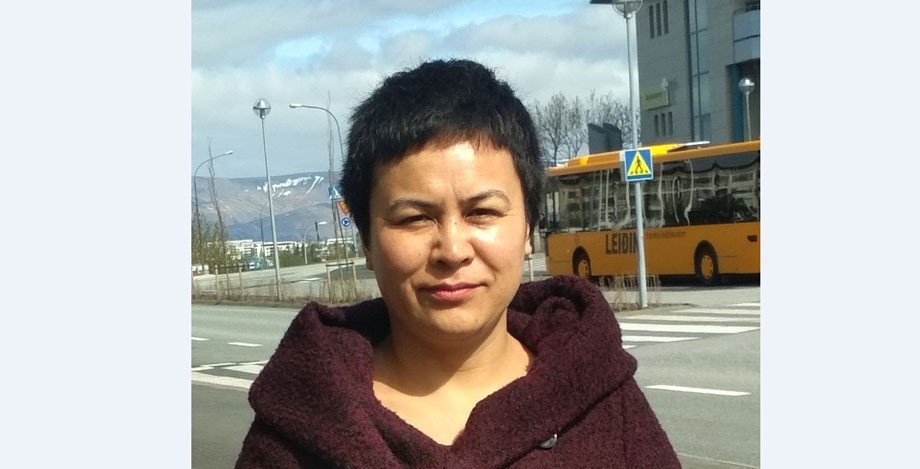 Q. Brief us about your role and background.

The energy sector got introduced to me after working on a project named Ladakh renewable energy initiative introduced by the Ministry of New and Renewable Energy. With this, my interest in the energy sector grew. I am the first woman from India to receive a fellowship for six months of training as well as an MSc Fellowship at United Nation University Geothermal Training Program (UNU-GTP). I pursued MSc in Sustainable Energy Engineering at Reykjavik University, Iceland. Received the US WING award for Courage.WING (Women in Geothermal) is a global network that aims to promote the education, professional development, and advancement of women in the geothermal community.

In the year 2010, I worked as a Senior Project Engineer in charge of Solar Passive Architecture, Geothermal, and Solar Greenhouses with Ladakh Renewable Energy Development Agency (LREDA) and in 2018 worked as a geothermal consultant for Ladakh Ecological Development Group (LEDeG). Also, I worked on the preliminary assessment of 3MW pilot project of Geothermal at Chumathang site with the Defence Institute of High Altitude Research (DIHAR) and spearheaded the development of the Puga geothermal site with Oil and Natural Gas Corporation (ONGC) in 2018 which further progressed to the signing of an MoU for the same in 2021.

Presently, I am pursuing my Doctoral scholar from Reykjavik University, Iceland, and working as an India Ambassador for Women in Geothermal and also as an Energy Advisor, LAHDC, Leh.

Q. Tell us about the current situation in Ladakh’s renewable energy sector, how it is developing and what we can expect in the future.

Ladakh is blessed with renewable energy resources and there is an immense scope and potential. The solar, wind, hydro, and geothermal energy scope is high in the region and is yet to be explored. We are using solar and hydro energy for power generation and other uses. The Union Territory of Ladakh is coming up with big solar projects and is also exploring other potential sectors. The plan of making Ladakh Carbon neutral is very welcoming and to make it work exploring renewable energy sources becomes equally important.

To take one step towards carbon neutral we have to replace the consumption of fossil fuels for heating systems in the winter months. There is a need for plans to make use of renewable energy, stressing on building with proper insulation, passive solar houses, etc. The proper use of solar energy for heating purposes can reduce one-third of energy consumption.

Likewise, new sources of renewable energy like green hydrogen are being explored, and also concentrated solar electricity production is one of the potential sectors in Ladakh. I feel the rooftop solar project can be an exemplary one because we have good potential. Roofs of the house can be used to install small solar plants so that one can meet its own power need. This project can also become a source of income for many. There is a need for more schemes and plans to make use of renewable resources.

Q. India’s maiden Geothermal Field Development Project is said to be established in Ladakh. Brief us about the project and how much beneficial it can be?

Geothermal energy is the heat emanating from the earth’s interior which is limitless, unlike solar and wind. There are three kinds of it, Ground source heat pump, Hydrothermal, and Enhanced geothermal system. Geothermal energy is used to produce electricity, heat buildings and greenhouses, and for other purposes. The energy is clean, renewable, sustainable, carbon-free, continuous, uninterrupted, and environment-friendly. Geothermal Puga and Chumathang in Eastern Ladakh happen to be the most promising geothermal fields in India. The Geothermal Field Development Project to be established in Puga will be the first of its kind in India and ONGC has planned this field development in Ladakh in three phases. Phase-I involves exploratory-cum-production drilling of wells up to 500 metres depth and setting up of a Pilot Plant of up to 1 MW power capacity. Phase-II would involve deeper and lateral exploration of the geothermal reservoir by drilling an optimal number of wells and setting up a higher capacity Demo Plant and preparing a Detailed Project Report. Phase-III would involve the commercial development of the geothermal plant.

The Geothermal Field Development Project in its first phase will help in electrifying villages in and around Puga. It will also boost the tourism sector as the water from hot springs can be used as spas, for heating buildings, and agricultural uses.

Q. What are the challenges or drawbacks of the Geothermal Field Development Project? What needs to be taken care of?

The exploration costs for geothermal energy are high and the challenge is to bring down costs. More research and exploration are needed for the effective and efficient use of resources. Since it is renewable resources there is not so much harm to the environment but yes certain things are there which need to be taken care of. The intensity and level of drilling need to be checked and ensured for avoiding any harm. The project is to be established in places that are ideal spots for migratory birds, nomads grazing land, and the hot water because of medicinal value attracts lots of people, thus preservation becomes immensely important. It’s good to have renewable projects and make use of it but it becomes equally important to implement the project keeping the locals in confidence. Before the implication of the project, we need to understand the values and local importance of the area.

Q. What words of encouragement do you have for women wanting to enter the energy sector, and for any women currently in the industry?

In the Energy sector, women's participation is very less as compared to men. The sector is mostly male-dominated one not just in India but globally also. At present Women geothermal (WING) India is focussing on mentoring future geothermal enthusiasts and bringing professionals involved in geothermal on a single platform. There is immense opportunity in the energy sector because it is wide and can enter any field.

Message to the reader

"Ladakh is rich in Renewable energy and there is immense scope and potential, thus people need to be more aware and should be responsible for any kind of activities done on this part. "