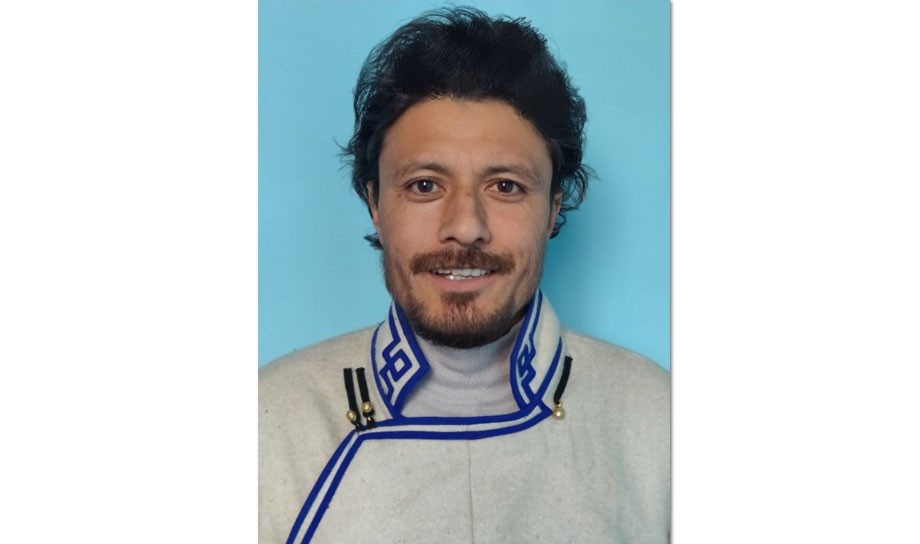 Q. Congratulation on receiving State Award under the Theatre Artist category. Tell us about yourself and how you got interested in the world of theatre and film?

I am from Gongma Minjee village of Kargil district and like every other village child; I grew up listening to the folklores and stories told by my late father. The way he used to tell a story made me imagine the whole scenes which has helped me in developing a creative mind. Back in those days, we used to have a tape recorder and my dad use to make me record azaan, folk songs, etc. I love to hear my recorded voice. All these beautiful small things ingrained the love for art and creativity. In school, all my classmates and teachers used to make me sing a song, and speak during morning assembly. I became much like a contractor that time, ‘If anyone hesitates to speak in front of the assembly I speak on behalf and they use to give stationeries, carrot, turnip, etc, in return.

My first performance in a drama was when I was in class 10th used my creativity and made the dress as per my character. Everyone appreciated and loved it, at that moment I felt that it’s a very cool thing to be in drama. When I was in Class 11th a joke from ‘Ajang Jor Jor’ in Leh was very famous, it used to come in audio form. One of the teachers during a scout camp offered me an opportunity to record jokes like Ajang Jor Jor. I start working on it but the jokes turns out all action-based, and it can’t be narrated. I asked them that we need to change it because it’s not coming out the way it is needed. The teacher asked me to write the script to shoot in video form. The video was shot and was loved by all. Time went by and I went to Delhi to pursue my higher education. The sole purpose of coming to Delhi was to study Mass communication or get into the creative line. My friends and senior asked me to pursue regular academics like every other student and with their help, I got enrolled myself in Jamia University for a BA course.
During my college days, one day I saw a poster related to music I joined the session and took part in all the activities which were fun and interesting. The word theatre was new for me but after being part of the group I came across that the theatre is drama only. I did my first street play ‘Baat ka Batankghad’ and played the role of a vegetable vendor. I used to listen to the call of a vegetable vendor passing my room every day and mimicked the way he used to call people to buy vegetables. I rehearsed and performed before the director, he was impressed.

I was a part of Jamia Drama Theatre Club and have been actively associated with them. A friend named Mahesh asked me to fill the form of the National School of Drama. He lured me by saying that great actors named Naseeruddin Shah, Anupam Kher was alumni of NSD. Hearing that, I felt that it is something that I need to experience. I got selected in NSD in the year 2010 and graduated in the year 2013. That’s how my journey in theatre started!

Q. You are the Founder Director of the first theatre group in Kargil named RANTHAG. Brief us about its journey and the role it is playing in society.

Ranthag is a traditional water mill used to grind wheat, barley, buckwheat, etc. I found it very interesting; it acts like a small industry where grains are refined. For e.g, you put roasted barley in it and you will get ‘Ngamphey’. Inspired by it we named the theatre group Ranthag because it also plays a similar role, grooms the personality of a person, and shapes them up to become a good artist. RANTHAG stands for Regional Art and Theatre Art Group and was formed by selecting the best performers from various workshops. Ranthak aware people about the ongoing social issues, importance of culture, language, and many more.

Initially, it was difficult to attract people to the group because it was newly formed and also the acceptance of the society is low. Gradually people started accepting us because we gained the confidence of people through our work. Today, many parents ask us to enroll their children and many come voluntarily to join the group.

Over the years, we have screened many plays such as ‘Sartaks’, a story on divided families; ‘Khong ey chi samed’ etc.

Q. What is the status of theatre in Ladakh? How important is it to promote it?

Talking in terms of Kargil district, 30-40 years back there used to be a group named Sadabahar Drama Club, Gulbahar Dramatic Club, etc. who used to perform but has not been successful because of some issues. And after such a huge gap we have restarted the theatre with some professionalism and most importantly ethics.

Theatre lacks support in Ladakh because those who are in theatre are straightforward, maybe that is one reason the acceptance is low. Through theatre the reality comes out most of the time, there is no hiding and many don’t want all this to be shown or seen, this is why it is mostly ignored or given much importance. Nevertheless, many people such as NSD alumni, Mipham Otsal are putting all their effort for so long to promote the theatre and cultural identity of Ladakh.

To promote theatre we need to experiment and explore many new things. Screening the same thing all the time will be a bit boring, we need to bring change with modern thoughts keeping the tradition and culture intact. We need to understand the taste of the audience, the ongoing trend and work on it to keep the theatre alive.

Q. We have seen your short films on social issues and awareness. How impactful do you think such films are?

Short films on social media platforms are quite needed in today’s time because of wider reach in a short time. Through theatre, it will take a lot of time but videos are much easier and simple. The moral or awareness messages carried out in speech will have less impact but the same message if shown through video will reach out to the audience more. What we see will have more effect than what we hear.

There are two reasons behind making short videos, firstly I put my views and opinion through this video, and secondly to promote Purig dialect.

Q. What steps are needed to initiate by the UT Administration/Hill Council regarding the preservation of our culture and tradition?

Today, we have seen various festivals and programs being organised by the UT Administration everywhere but the most unfortunate thing I have observed is that very few people are aware of such festivals. Neither the public nor the tourists are aware of it, only the VIPs and officers are present. It seems the whole idea is to entertain VIPs. The artists are informed just a day or two back about such programs and asked to perform. Presenting the cultural show just for the VIPs will not keep the tradition and culture of Ladakh alive.

Artists of Ladakh have so far contributed a lot to society and they are the ones who have carried out the tradition so far. But, there is no plan for their welfare. Many artists of Ladakh are meeting their day end by performing and have been affected a lot during the pandemic. Nobody is concerned about that.

I appeal to everyone to support all artists and we should all take responsibility to preserve our own culture and identity. UT administration should work at ground level; just doing a festival for VIPs will not help.