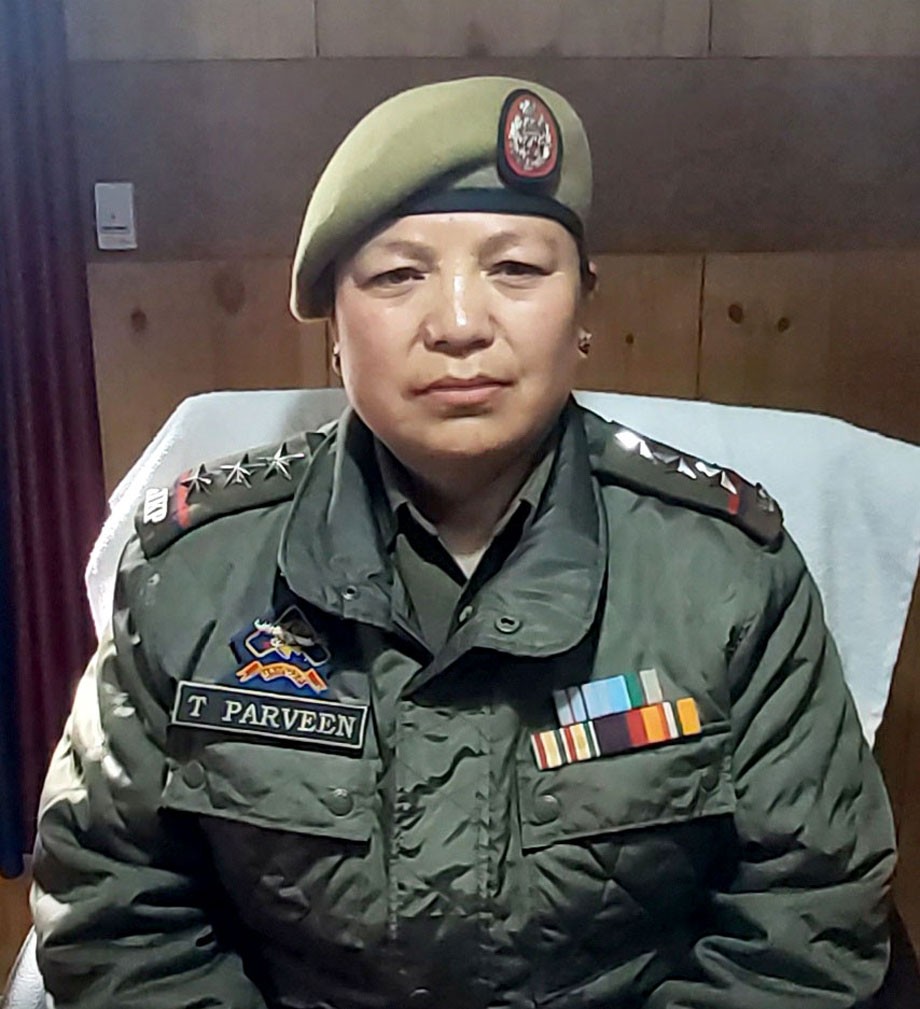 Q. Brief us about the women police station, Leh and how it has helped in ensuring the safety and security of women?

The women police station in Leh started on December 12, 2018, to make women feel secure while approaching the police, ensuring safety and security. At present, a total of 10 women police personnel are stationed which is open round the clock. Along with strict dealing of criminal offences such as crime against women we also help to strengthen family relationships by giving counselling option and redressing the family disputes through mediation. In cases where all efforts fail, cases are registered under different sections.

Women police station has given new hope to many women who feel reluctant or hesitant to approach police with their issues. We also have a help desk facility, where a women police personnel with casual clothes, patiently hears the complaint like a mother or sister, thus making a woman feel comfortable. This is because there are still many women specially from far off villages who do not feel comfortable in describing their woes to police. We have come across women coming freely and being vocal about the problems. Every case is dealt in a very friendly manner with a will to offer all sorts of solutions. No case is disclosed or discussed outside the police station maintaining strict privacy.

Q. Strengthening family relations is one of the main objectives of the women police station along with good policing. Brief us about it?

During the inaugural of the women police station by Director General of Police (DGP), Dilbag Singh during the erstwhile state of J&K, he asked all-women police personnel to work towards strengthening family relations and keep the ethos of the united family intact besides working for the safety and security of women. So, when a woman visits a police station with complaints related to domestic violence, quarrels, harassment, we provide counselling and help families to resolve their issues amicably. Couples or family are summoned and counselled to lead a life instead of breaking up. Filing a police complaint will always be an option if felt necessary but, many problems are solved better through conversations, and moral support. Counselling is very much effective because it helps people to get out of mental pressure, getting a divorce and many other consequences.

Q. What kind of cases are mostly reported?

In 2019, we have registered a total number of 11 FIR. The crime rate in Ladakh is comparatively less than in other parts of the country but most of the common cases reported are extramarital affairs and domestic issues. Also, nowadays we come across many problems caused between two people because of live-in relationships, and misuse of smartphones and social media.

It’s not that only women are victims, men are equally harassed. We have come across men who are innocents but are framed by the woman.

Q. Are women of Ladakh open in registering complaints? Do we need more awareness?

In and around Leh periphery, women are mostly educated and they are open in registering complaints to the police but that doesn’t mean all women are the same. Many are still there who take all the injustice and chose not to speak because of the conservative shy nature, fear of what others will think and what will happen. Ladakh being a close-knit society, everyone knows each other, and this is one drawback which makes many to step back. There is a need for more awareness among the women about their rights, legal help and to rise above against all odds. We need to break the stereotype thinking of the society such as women are weak and they are born to take all the pain. In 2019, SSP, Leh Sargun Shukla visited far-flung rural areas and encouraged many women to speak out if things go wrong. Such encouragement and awareness are needed.

In some cases, the woman also misuses the rights by framing a man in false cases, threatening to complain against him if he fails to live up with her terms and condition. Such incidents are rare but it is there.

Q. How important is it to build a cordial relation between the police force and the public? What mechanism is carried out to make the system more effective?

Relationship between people and the police force is very cordial and every day trust between both of them is developing. Police department initiates various activities under civic action programme such as, public meeting once in a week in which public and police communicate with each other and discusses issues, conducts Bharat darshan tour, singing competition, career counselling, ice skate coaching camp for children and many other different activities. All these initiative builds the relationship between the police force and public stronger.

“Women police station is open 24*7, ready at your service all the time. Feel free to come forward with your woes we are here to listen and support at the most vulnerable time.”