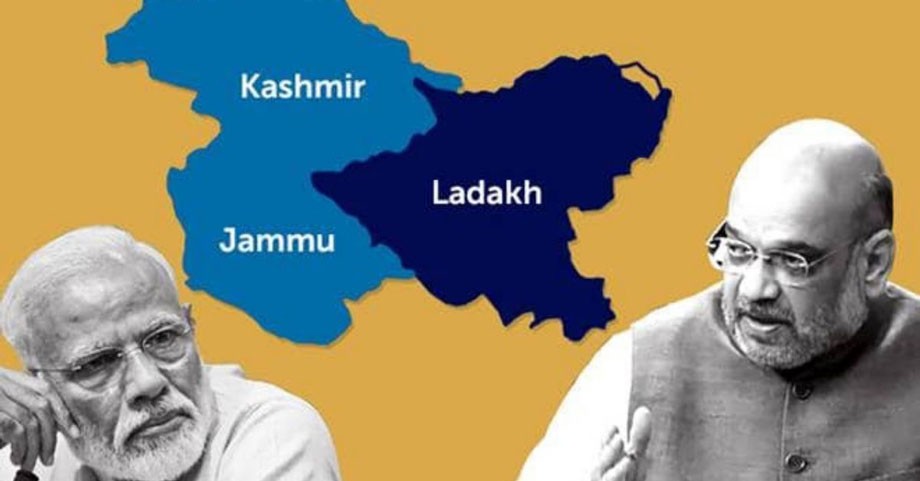 Tsering Samphel, Former MLA: From the last 70 years we have been demanding “Free Ladakh from Kashmir” at all levels because of the dominance and step-motherly treatment from the state government.

We were not been able to reflect our regional distinctiveness and aspirations. Within J&K’s budget, Ladakh gets meager share because of which development of the region slows down. Our leaders were never given equal representation in a real sense and being under Jammu and Kashmir, we have been deprived of our equal rights and shares at all levels.

Modi government decision to reorganize the state of J&K and giving UT for Ladakh is a historic move. With this Ladakh is being integrated along with other states and Union Territories of India giving an equal opportunity to represent, express views and opinions in nation-building. Though UT with legislature could have been better but we must not forget that getting UT itself is a big thing. We should be grateful that the government has kept the Hill Council intact with the UT status with further assurances to strengthen and empower the council. This is one positive step but there is some confusion in the working system. We can see the situation or tussle between Kejriwal and Lieutenant Governor in Delhi. Similarly, Hill council will work as per its law but with the appointment of Lieutenant Governor, there can be some challenges. A committee has been formed to clear all the doubts and make a needed change and I am sure it will be taken care off.
Like two sides of the coin Union Territory has a positive and negative effect. UT has paved the way to development but along with it, there are growing insecurities of land, businesses, job and many more. All these insecurities are there and can’t be ignored. Ladakh being an unexplored area, people from outside will look forward to settle or invest. Fact is, such a situation existed even before getting UT status when Article 370 and 35A was prevalent in the state.

Protection against all these insecurities is possible under special provisions for the administration of the tribal-dominated areas such as Schedule 6 of the Indian constitution. We can look for many such provisions or law by consulting different experts to further safeguard our interest. And along with the time we can take up the needed law and provision to the government.

Change is inevitable and we all should be prepared to handle the crisis or unexpected situation. There is a lot more pressure to improve every sector such as education because we are not confined to only J&K state like before. Our challenge is with the whole nation now. Bigger responsibility is in the hands of all leaders to get our due shares from all the corporation and assets of the state.

There will be challenges, needed changes and chances of making mistakes thus, we have to be very sensitive, rise above party lines, sit and brainstorm together for a better tomorrow.

Chering Dojay, Former MLC: Ladakh getting Union Territory status is a dream came true moment for the people of Ladakh. The hardship and struggle of all the people for the cause can’t be forgotten. But, along with it, we can’t deny the fact that UT was also important for the Ladakh region because of its strategic importance. Today, we are given our own status and identity like other parts of the nation.

UT for Ladakh is a new thing and there will be changes. Growing insecurity is very obvious because the acquisition of immovable property and appointments to services is no longer limited to permanent residents. Union Territory status for Ladakh was possible only after the removal of Article 370 and 35A. We all were well aware that the law which grants exclusive rights to J&K residents in government jobs and land will no longer be applicable after UT status.

I personally don’t see much of the disadvantages in UT because we are being freed from the Kashmir dominance. Our demand for UT is to get separated from Kashmir because we were often neglected at all levels. There were delay in funds flow, no equal representation and shares despite having the major portions of the land. Such discrimination won’t be faced now because we will get our funds directly which will be used extensively for the development of the region. DPR’s for the various developmental projects can be sent directly to the centre for approval.

Employment opportunity will grow as there will be opening up of more new departments. Also, the present employees will enjoy all the benefits provided by the centre government.

Granting of UT without revoking Hill Council is a positive point because the state land remains under the council which ensures that is not sold to private individuals from outside. But the threat on private land indeed prevails since it depends on an individual’s decision. This is something that we have to understand and act accordingly. More investors and industries will look for opportunities. There is a provision of law such as schedule 6 in the Indian constitution which safeguards the interest of the tribal area. We can look into the possibility of such provisions by thorough discussion, research and expert's opinion. Moreover, many things will be cleared after working of the whole system.
While working for the UT administration, relation of Hill Council and Lieutenant Governor need to be very positive and strong. The problems of getting due shares between Leh and Kargil district also won’t be an issue because of the prevalence of two councils.

Now, huge responsibility lies upon the BJP party as they are in power at both the Council and centre level. There is a need for brainstorming, discussion and opinion of experts for further changes and we are all set to do so. Also, we have to get our due shares from the state resources since we are getting separated. A task force has been formed to do the same. One year will be a transitional phase for which three committees have been set up to decide everything.