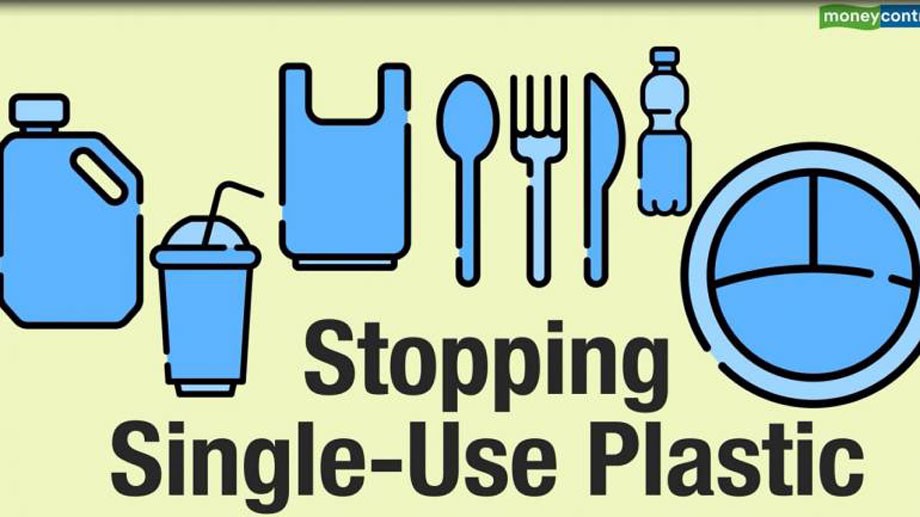 Dr. Ishey Namgyal, President Municipal Committee, Leh: Single-use plastic include items intended to be used only once before they are thrown away or recycled, such as plastic drinking bottles, food wrappers, plastics grocery bags, straws and stirrers, disposable plates and spoons, which generates more waste quantity than other plastic material.

The municipal committee is the enforcing authority in this regard, we have seized certain plastic materials already and after the public notice furthermore, confiscation and fines will be charged. We are imposing fines on disposing waste anywhere, littering, unlicensed, selling disposable products by a brand if they don’t have a system to recollect the used soft-drinks bottles or mineral water. Mineral water of plastic bottles less than 200ml and other disposable items will be banned. Our plan is to discontinue the import of single-use plastic totally which eventually will erase the single-use plastic in our territory. Also, awareness and advertisement will be spread across the region.

Globally, 900 million tons of plastic are generated every year, out of which 47% of total waste comes from single-use plastic. Earlier, in Ladakh, we don’t use plastic much as compared to other states and towns. We used to have a tradition that during any social function or gathering people used to carry their own cups and plates, but the time has changed now. Due to the convenient nature of disposable products people stopped practicing the same old eco-friendly tradition rather end up using disposable plates and spoons. Apart from functions and gathering, the usages of disposable plastics are also there at many households. The main purveyor of single-use plastics in Ladakh is the mineral bottles which are widely used by tourists during the season. Over 5 lakh mineral water bottles, 1lakh cold drinks and around 1.5 lakhs of oil used for the lamp are sold in Ladakh.

It is believed that when a plastic bottle of water exposed to the sun for a few days, it produces dioxin and has a chemical called Bisphenol A when consumed it promotes a cancer product called carcinogenesis. Likewise plastic can harm us in every method when we try to disassemble it; for instance, if we burn plastics, it releases dangerous chemicals such as hydrochloric acid, Sulfur dioxide, etc and these emissions are known to cause respiratory ailments and are potentially carcinogenic.

Secondly, when the plastics buried underground, it makes the soil less fertile, plastic does not dissolve they break into pieces and it remains up to 1000 years contaminating soil waterways and ocean. We have witnessed many sea creatures dying because of plastic they gulp and which eventually affects those who consume seafood also.

Apart from that, Ozone layer, the natural shield from UVB rays from the sun, is also depleting considering plastic as one of its major cause. Burning plastic is also the major reason for Global warming.

We have installed an environment-friendly ‘blackhole’ machine at a bomb guard that works without fuel or electricity, and it converts all waste, except glass into ash.

A solid waste management plant has also installed at Shak-sha-lingu, it operates completely on renewable energy, it imbibes the principle of reduce and recycle waste.

Under Project rTsangda at rural areas, shredding machine was installed in which the plastics waste can be shredded into small pieces, 8-10% of this shredded plastics can use with coal tar during road construction which has shown much durability and intactness whereas the demand for the shredded plastics is also increasing.

During the season, we are also planning to set up water filters or water booths in various areas to refill the bottles which can decrease the purchase of packaged bottled water.

Phunsok Angmo, Watson Co-Ordinator, Ladakh Ecological Development Group (LEDeG): As Prime Minister Modi has announced a ban of single-use plastics to be phased out by 2022, he specified six items of plastics which are Plastic cups, plastics straws, plastic plates, sachets, water bottle less than 200ml and polythene bags. However if the government is not well planned with substitutes and alternate solutions, the situation will not improve, as plastic items are designed to be used only once to deliver benefits such as convenience, cost savings and public health. So, our ultimate goal is to collect these products and converted into energy or recycled.

As per the study done by Tetra Tech India Ltd in 2012, the composition of waste collected in Leh town consisted around 46% biodegradable waste and around 24% recyclable waste, although the quantity of waste has more than doubled in last 7 years, I am assuming that the percentage composition of waste must be more or the same. So, if we are doing proper segregation even at a household level by separating them based on biodegradable, non-biodegradable and hazardous waste including sanitary pads, diapers and medical waste than we can reduce 70% of waste that is being dumped in the landfill.

On October 2, we have organized a rally and an event also to create awareness among people about waste segregation and the six items of single-use plastics. Also, in collaboration with the District Legal Service Authority (DLSA) Leh, we are planning to start a door to door campaign in this matter.

Every season, almost 3 million mineral water bottles get consumed and dumped in Leh. LEDeG plans to eliminate the use of plastic mineral water bottles by tying up with MCL and local mineral water packaging companies such as Leh spring and Khayul to install water dispenser and water kiosks. Further, we are also planning on Billboards, posters and Street play to be organized in this matter.

Petroleum-based plastics are not biodegradable and when it goes into a landfill, it finds its way into the water bodies. Plastic does not decompose but breaks into tiny particles called microplastic. During this process of degradation, it releases toxic chemicals such as BPA that enter our system through polluted soil and water.

Burning plastic releases a lot of toxic fumes, when these toxic chemicals mixed up in the soil, water and air, it makes its way into the human system. These chemicals have been linked to various health hazards like cancer, hormonal activity disruptions, skin diseases, breathing disorders etc. Besides, discarded plastics has impacted a huge on our fauna, many animals are dying because of ingesting or choking of plastic stuff.