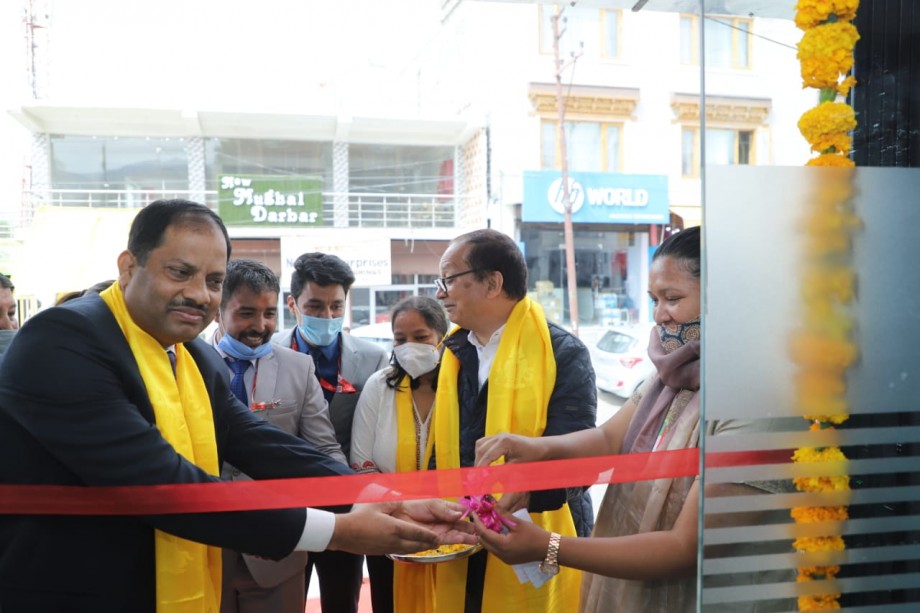 Inauguration ceremony of the new branch office of the Union Bank of India at Skara, Leh.
Leh :

He spoke about the bank’s business and urged to use the digital platform of the bank.

Deputy Regional Head, Virendra Paul said that Union Bank's services have always been worthwhile.  The bank is committed to serve its customers.