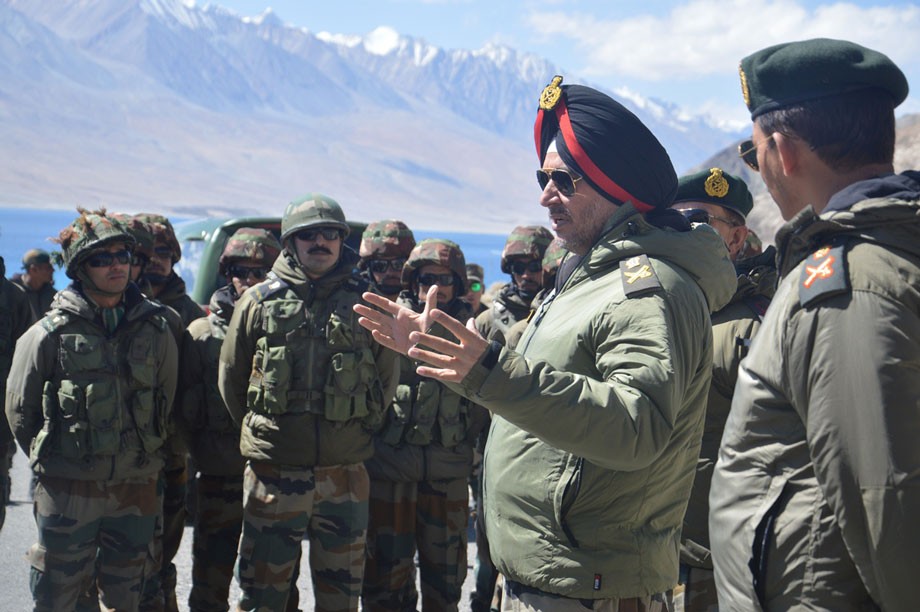 To discuss civic developments after the declaration of Ladakh as a Union Territory, a meeting was convened by Lieutenant General Ranbir Singh, General Officer Commanding-in-Chief, Northern Command on September 16.

Prominent members of the civil society including P Stobdan, Former Ambassador to Kyrgyzstan and C Phuntsog, Vice-Chancellor of Ladakh University were present.

The constructive and positive role played by the Indian Army in the development of Ladakh and contribution in meeting the aspirations of locals were also discussed.

Lt Gen Ranbir Singh assured full support of Northern Command in making the UT of Ladakh a success story and a model for others to emulate.

He was briefed on the operational situation and readiness being maintained in the sector. He also interacted with the troops deployed at the forward locations and complimented them for their tenacity and dedication to duty in extreme terrain and in conditions of adversity.

He urged them to continue to uphold the highest standards of professionalism of the Indian Army.

Interaction with members of the 15th Finance Commission in Eastern Ladakh was also held.

The 15th Finance Commission team under the stewardship of NK Singh, Chairman is on a visit to field formations in Northern Command, to gain first-hand knowledge about the challenges faced by the Indian Army in discharging their duties under extreme terrain and altitude conditions. Amongst its many charters, the Finance Commission is also mandated to take stock of the requirements of the Armed Forces and assess the financial outlay required to meet the operational needs in terms of roads, infrastructure, weapons and equipment.

Lt Gen Ranbir Singh apprised the members about the unique challenges faced by the forces in the Ladakh Sector.