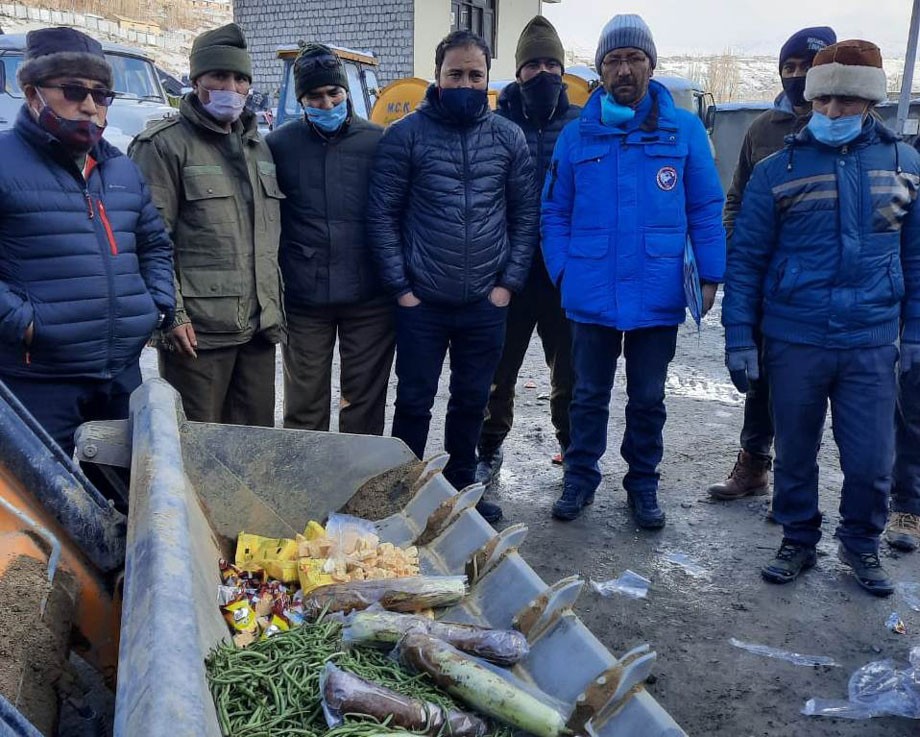 17 business establishments penalized for violating the provisions of the Food Safety and Standards Act, 2006 and Essential Commodities Act on December 11 in Kargil. A total fine of ₹ 7900 was imposed against the defaulters.

The team headed by Tehsildar Kargil, Muhammad Salim Wazir conducted a surprise inspection of business establishments and shops in Kargil town and adjoining areas. More than 50 food establishments including among others vegetable, fruit, mutton, and chicken shops were inspected. They took stock of the hygienic conditions of vegetables, fruits, and other food items.
Spoiled fruits and vegetables, expired items, and polythene bags were seized and destroyed on spot. The shopkeepers and traders were asked to display rate lists prominently at their establishments besides maintaining proper cleanliness.

District Administration Kargil appealed to all traders to avoid black marketing or hoarding and warned of stern action against the violators under rules.

Specific directions have been issued to the concerned officers to carry out frequent inspections and checking of the market to curb overcharging, black marketing, and the sale of sub-standard food items.