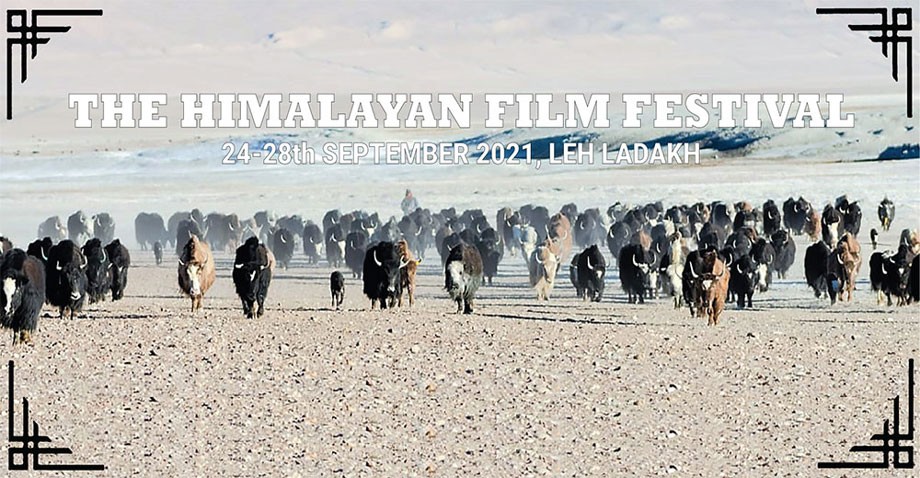 Union Minister for Information and Broadcasting, Anurag Thakur to inaugurate the first Himalayan Film Festival on September 24 in Leh. The five-day festival will be held at Sindhu Sanskriti Kendra Leh from September 24-28.

The film festival is being organised by the Administration of Union Territory of Ladakh in collaboration with the Directorate of Film Festivals, Ministry of Information and Broadcasting, Government of India.

The film festival is being hosted in collaboration with the Ladakh Autonomous Hill Development Council, Leh. The five-day film festival is a part of the celebration of ‘Azadi Ka Amrit Mahotsav’ commemorating 75 years of India’s Independence. Keeping in view The PM’s call for ‘Jan Bhagidhari’, the film festival will have active participation from the local filmmakers and showcase talent from across the 12 Himalayan states and UTs.

The movie ‘Shershah’ biographical war film based on Param Vir Chakra awardee Capt. Vikram Batra will be screened on the opening ceremony. Makers and cast of the Bollywood movie Shershah, including director Vishnuvardhan and lead actor Siddharth Malhotra, will attend the opening ceremony of the festival.

The Regional Outreach Bureau (J&K and Ladakh) under Bureau of Outreach & Communication, Ministry of Information & Broadcasting is organizing an exhibition on ‘Freedom Fighters of Himalayan Region’ as a part of ‘Azadi ka Amrit Mahotsav’ and ‘Best of Indian Cinema’ with focus on Himalayan States/ UTs.

Masterclasses on editing by Priya Krishnaswamy, wildlife by S. Nallamuthu, direction by Nila Madhab Panda and in acting by Phonsok Ladakhi aiming to impart necessary skills and networking opportunities to budding as well as established filmmakers will also be organized during the festival.

Additionally, there will also be a competition section for short films and documentaries to recognize talented filmmakers in the Himalayan region of India, connect to the sparsely located film-making community of the region and encourage fresh talent.

More than 100 entries have been received from the Himalayan states including more than 30 from Ladakh.

The opening ceremony will witness cultural show by the Musical Society of Ladakh.