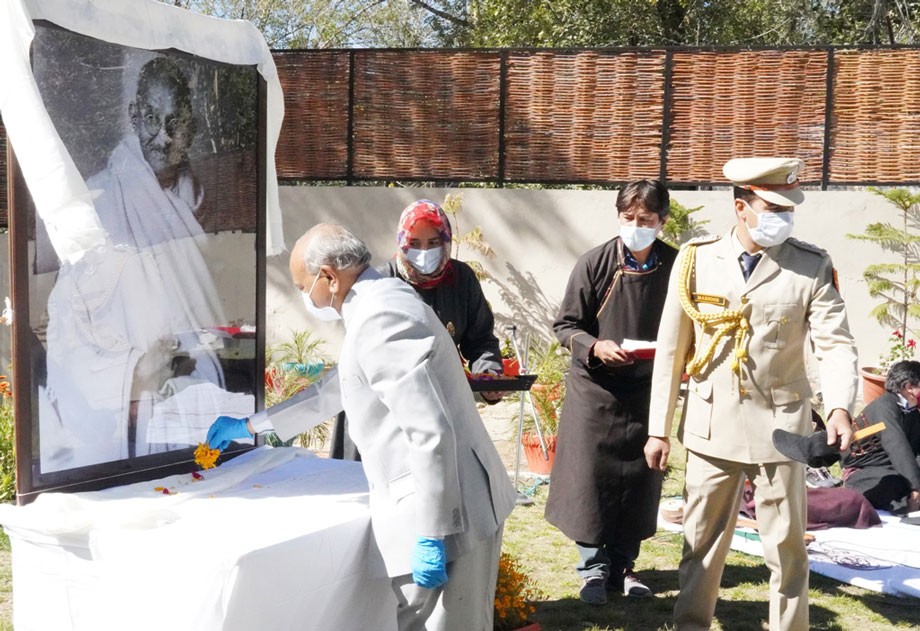 Rich tribute was also paid to the Father of the nation on his 151st birth anniversary at Raj Niwas. Artists of Ladakh Cultural Academy, Leh presented a devotional song dedicated to Mahatma Gandhi.

The cleanliness event was organised by MC, Leh in collaboration with LEDeG, BORDA, and the cycling event was organized by the Rural Development Department and Ladakh Cycling Club.

Reiterating Mahatma Gandhi saying, “Cleanliness is next to Godliness”, R K Mathur said that only a clean society can ensure the nation’s health and prosperity. He informed that Prime Minister, Narendra Modi has once again declared that cleanliness stands on high priority for India and has initiated a cleanliness drive in a mission mode across the country.

Mathur asserted that with the participation of every individual of all ages in the cleanliness drive regularly can make Ladakh an ideal destination and an ideal Union Territory in the country. He emphasizes on the need to continue with the cleanliness habit regularly in both urban and rural areas of Ladakh to ensure a clean environment, improved health, and outlook towards life.

He informed that under Jal Shakti Abhiyan, UT Administration is making efforts to provide water in every house, which will promote cleanliness. He announced that special uniform shall be given to the Safai Karamcharis during the coming winters to ease their work.