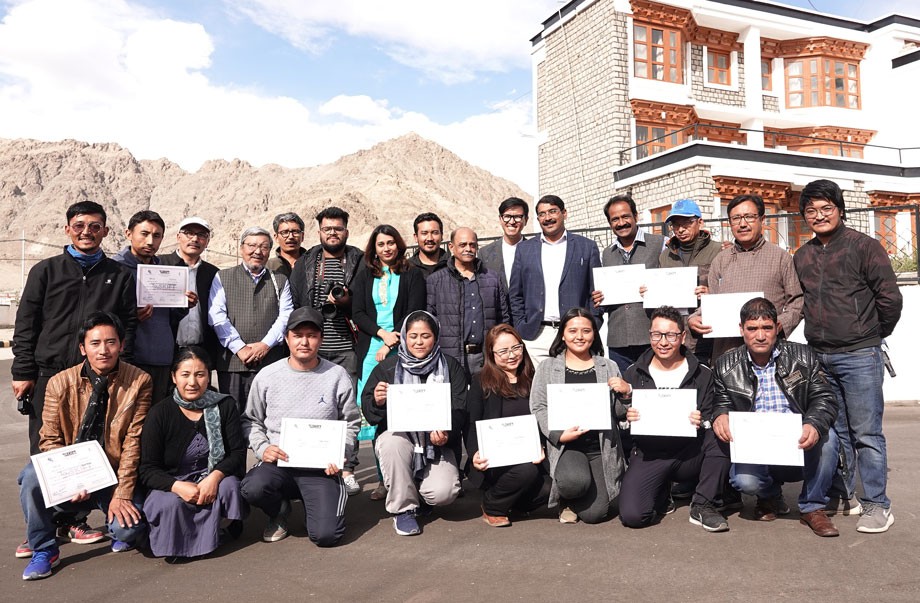 A 10-day course on ‘Smartphone Filmmaking’ concluded with the screening of three short films edited and directed by the participants of the training on October 3 at Officers’ Club Leh.

The course was organised under ‘Skilling India in Film & Television (SKIFT) by Film and Television Institute of India (FTII), Pune, in collaboration with LAHDC, Leh.

Around 20 participants from both Leh and Kargil, renowned scholar and retired Deputy Commissioner from Kargil, Kacho Isfandyar Khan participated.

Chief Guest of the occasion, Saugat Biswas, Divisional Commissioner Ladakh assured to further collaborate with institutions like FTII to give such training in the future also. He advised participants to use the skills they have learned for positive things to take the society forward.

He said, “This place is full of creative people and there are so many stories, a wonderful diverse culture which can be showcased using such technology.”

He stressed on the need to preserve and highlight the cultural diversity within Ladakh itself.

Expressing satisfaction over the successful conclusion of the course, FTII Course Director Ajmal Jami said that he has seen a lot of creativity during the course.

Participants expressed their gratitude to LAHDC, Leh, and FTII for conducting such course in Leh, and to the Assistant Director, Information Department, Leh Tsering Wangdus for making sure that the course was conducted in a smooth way.